When I walked into the small room that housed the sewing class, I immediately regressed nearly 50 years. The sewing machines looked a bit newer. I didn’t see hide nor hair of my old Home Economics teacher. Still, the sheer terror in my soul felt very familiar.

The last time I went head-to-head with a sewing machine was in 1970, and the knowledge didn’t stick. After learning the basics about the sewing machine (knowledge of which I have absolutely no recollection), we were sent away with instructions to find a pattern, purchase some material, and face the music the following week.

I’m unable to get into the mind of that 17 year old girl who was me, but for whatever reason, I chose a pant suit — slacks and a jacket. That might not have been so bad, but the material I selected was — to put it bluntly — awful. It was some sort of wool plaid in shades of puke and baby diarrhea as I recall. I have to give my teacher credit because I don’t remember her even remotely blanching. Perhaps she had seen worse.

Needless to say, I never wore the suit, which was undoubtedly (pardon my French) shittily made. I’m sure it went to a thrift store, or perhaps my mother assumed even the homeless wouldn’t want to wear that suit. And for nearly 50 years, I didn’t sit at a sewing machine.

However, as you will recall from this previous post, I decided in my doddery that I wanted to make a wallet. And in order to make said wallet, I needed to know how to sew on a sewing machine. Before I could change my mind, I signed up for a class at Joann’s.

And that’s why I faced the fear of God last Sunday. We were to make a pillow.

“Did you bring your materials?” the teacher asked me cheerfully.

Of course, I didn’t. Because I didn’t read the confirmation email very thoroughly as I was making pickles. But it was no problem, because People Who Sew are very cheerful and forgiving.

“You need to go pick out two fat quarters and some stuffing,” she said.

And so the problems began. I had no idea of the meaning of fat quarters. I was vaguely familiar with the term because it was part of the pattern I had purchased to make the wallet, and much of the reason that I was taking the class. Fat quarters, for any other non-sewers who didn’t pay attention during Home Ec, are those little folded pieces of fabric that you see hanging on displays near the fabric bolts.

Once settled, I looked around at my classmates, all who were considerably younger than I. To my surprise and delight, they all had the same deer-in-the-headlights look that my face displayed. I was relieved, because it would not have been the first time I signed up for a beginner class that featured all non-beginners.

The teacher started the class by talking about the features of the sewing machine. After listening to features that sounded like I would be working on a computer instead of a sewing machine, I meekly explained to my teacher that the sewing machine on which I would be working was a cast-iron Necci that was built before WWII. I was delighted to see that she was completely nonplussed; she even told me where I can go to get the machine lubed up and running good as new.

While I will approach my project with trepidation, I nonetheless enjoyed the class. And I am happy with my simple result…… 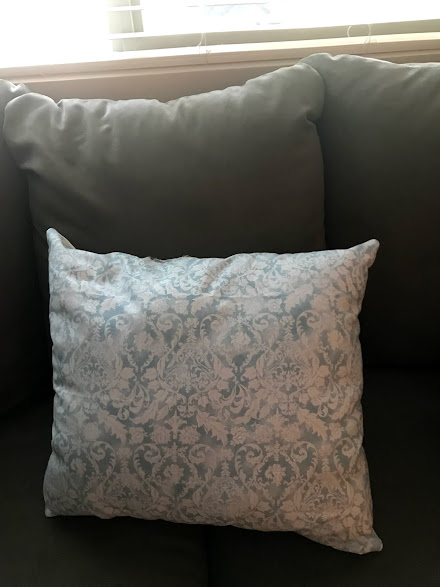 2 thoughts on “Sew What Else Is New?”