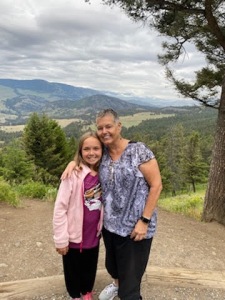 A couple of weeks ago when we were in Montana, Julie, Maggie Faith, and I drove into Yellowstone National Park. The forest ranger at the entrance gate gave us a map of the park and a smile. We no sooner left the gate when Maggie spoke up brightly from the back seat, “Can I have the map and be the navigator?”

She’s only 12 years old, but I have seen most of my grandkids, including Maggie, use my GPS program to locate many a geocache. So I know they are capable of reading a map. Reading cursive writing? No. But a map? Yep.

It came as no surprise to this Nana that Maggie did a pretty darn job of navigating. Oh, she had a bit of trouble remembering that north was at the top of the map. But she correctly led us to all of our chosen points of interest.

“I feel like I’m with the explorers Lewis and Clark,” I said. “Which one are you, Lewis or Clark?”

Without missing a beat or looking up from her map, she replied, “I don’t know. Which one was most important?”

I don’t have the self confidence of Maggie, but I share her love for maps. I 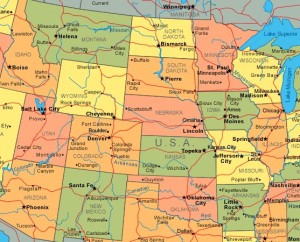 am, however, mostly unable to navigate as I have no sense of direction or distance. When Ms. Google tells me to turn left in a thousand feet, she might as well be explaining the Big Bang theory to me. I got nothin’. I have no idea how far one thousand feet is.

But I will tell you that if you put a map in my hands, you’ve lost my attention for the  foreseeable future. It’s inexplicable and inconsistent, but there you have it. I can get lost in a map. (Ha ha; get it? Lost in a map?) I think that the fact that my sense of direction is so poor contributes to my obsession with maps.

Here’s what I mean: Despite having spent three months living in Europe 10 years ago, I still will look at a map and think I didn’t know Spain and France were right next to each other, or maybe wow, you could walk from Italy to Croatia.

If you really want to see me absorbed in something, hand me a road map of the United States. I love to see what states are neighbors; how far St. Louis is from Louisville, Kentucky; through what states the Mississippi River flows; whether North Carolina is really north of South Carolina. I try to recall my elementary school tests and name the state capitals. 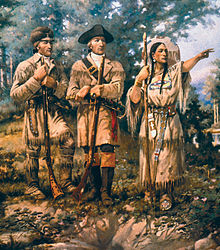 And for what it’s worth, while Captain Lewis probably bragged to his buddy Second Lieutenant Clark that he was the leader of the expedition, the fact of the matter is that they would both still be wandering around if it wasn’t for Sacagawea, their 16-year-old Shoshone guide. Men never ask for directions.

What’s more, Sacagawea was only four years older than Maggie.

One thought on “Map Our Course”