My second full day in New York was July 4th.  I would be celebrating our nation’s independence in one of its early capital cities.  I hadn’t planned the second day as carefully as the first, because my big adventure would be in the evening.  I decided to walk across the street to Macy’s and see if I could find something fun to wear for the holiday.  I did, but mostly I enjoyed riding up and down the old wooden escalators.  I also enjoyed a breakfast bagel in Herald Square because, why not?

I decided I would take the subway to the Upper West Side and see what was going on there.  It’s a different world from mid-town.  I walked for quite a while along Central Park and even walked into the park for a bit; there were many families, couples, and bikers enjoying the holiday.  I started feeling hungry and checked my phone to see if there was a good diner nearby.  John’s Old Luncheonette popped up, and it was only a couple of blocks away.  When I walked in, I knew I had made a good choice.  No fancy food or surroundings here, and a quite small menu.  But, it is clearly a neighborhood place; I was the only customer they didn’t greet by name.  I ordered a Long Island Dip sandwich, which is a French dip but on a Kaiser roll.  It was yummy and inexpensive.  I walked out of there for only $12, including the tip.  It was a far cry from my $23 martini on Saturday night!

Remembering that I had a big evening ahead of me, I took the subway back to my hotel and decided to relax for a few hours.  My room was beautiful and it seemed silly not to enjoy that view for a bit.  I rested until it was time to walk to Pier 83, from which a Circle Line Cruise would take me (and many hundreds of others) to see the fireworks from New York Harbor.

It was a fun evening aboard one of the six Circle Line ships that set sail that evening.  I scored a seat outside on the upper deck, so I could see the city from a different perspective.  As we sailed around the tip of the island, we passed near the Statue of Liberty, which seemed appropriate on this holiday.  We arrived at our designated spot quite early, but we were entertained by a helicopter fly-over and by a fire boat that was spraying enormous plumes of red, white, and blue water.  Light rain dampened our spirits a bit, but we stayed under cover for a while, and the rain let up long enough for the firework display, which was as spectacular as everyone had expected.  We slowly made our way back to the pier, by which time it was raining steadily.  We all knew we would be walking in the rain back to our various hotels.  A distance of a mile and half isn’t far to walk unless it’s 11:30 PM and raining.  But, the fireworks were worth it, and I’d do it all again.

The next morning, it was time to close out my New York adventure and head to DC, so I walked the two blocks to Penn Station, climbed aboard the Acela train, and prepared to enjoy a quiet three-hour trip to Part II of my East Coast Swing.

The United States of America may have celebrated its 240th birthday on Monday, but I’m the one who is tired!

We basically celebrated for two days. And of course, when I talk about my family celebrating, I’m mostly talking food, not drink. We started off Sunday morning with Duffy rolls…..

For those poor souls who don’t live in the Denver area, Duffy rolls are those indescribable cinnamon rolls made by the aptly-named Duffyroll Cafe, and are a Denver classic. They are not your typical cinnamon roll made from sweet bread-like dough. Duffy rolls are magically created from some sort of flaky pastry that I have never been able to get my mind around. But I certainly get my mouth around them. More than once, I’m afraid.

My niece Maggie and her family are visiting from Arizona, taking the opportunity to get away from the heat that has hovered around (and sometimes over) 110 degrees. They spent Saturday night with Bill and me (along with my sister Jen), because we were all having a big Sunday meal at Court’s and Alyx’s house. And when you’re preparing for a party, one needs party accoutrements. So what better place to prepare for the party than at Dollar Tree, known in our family as the dollar store. How much is everything? One dollah. Maggie’s 2-year-old daughter Lilly caught on quickly and spent her money well….. 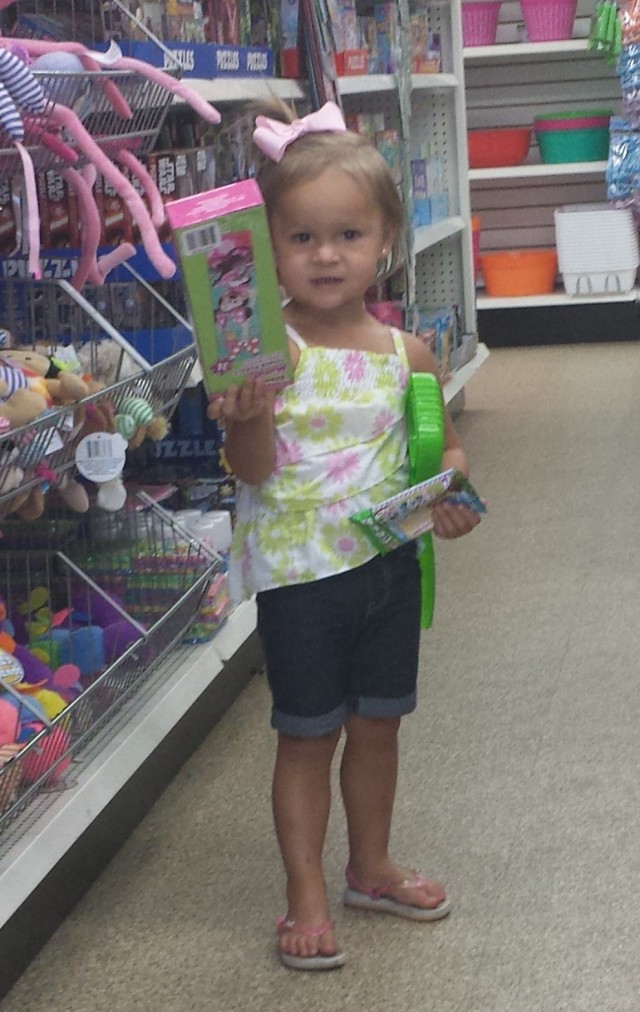 Court’s menu consisted of green chili, extra-hot! But the lychee martinis created by Alyx cooled everything down. The kids, however, were already cool because they spent time poolside….

Although Mylee and Austin, both 5, have spent little time together in their lives, they were immediate BFFs, something I anticipated due to a mutual interest in Legos and Minecraft. And when you have Minecraft Legos, well, it doesn’t get any better than that.

There was cake for dessert, and Papa/Uncle Bill enjoyed the treat along with the kids….

At the end of that afternoon, we all went outside and the kids went through several boxes of Pop-its firecrackers. But they first posed for a cousin photo…..

Monday, Bill and I drove to Fort Collins where we spent our Fourth of July at Jen’s house. She grilled burgers and made yummy potato salad. Maggie made a pasta salad that was supposed to feed four but looked like it would satisfy a small African village in a pinch. The family did their fair share on it, however.

After dinner, we all went to City Park in Fort Collins and watched a magnificent fireworks show. My observation is that kids either love fireworks or want nothing to do with them. Austin and Lilly fall into the “love” category. Lilly, in particular, was wholly impressed with the entire fireworks show, which was, indeed, impressive. If only the strange drunk man hadn’t fallen down at my feet just before the show began, but it is America after all, the land of the free and the home of the brave – and on the Fourth of July, the drunk.

Now it’s back to the real world of healthy food and exercise. But dang, I’m sure grateful to live in the U.S.A.

If tomorrow all the things were gone I’d worked for all my life,
And I had to start again with just my children and my wife.
I’d thank my lucky stars to be living here today,
‘Cause the flag still stands for freedom and they can’t take that away.

And I’m proud to be an American where at least I know I’m free.
And I won’t forget the men who died, who gave that right to me.
And I’d gladly stand up next to you and defend her still today.
‘Cause there ain’t no doubt I love this land God bless the U.S.A.

From the lakes of Minnesota, to the hills of Tennessee,
across the plains of Texas, from sea to shining sea,

From Detroit down to Houston and New York to LA,
Well, there’s pride in every American heart,
and it’s time to stand and say:

I’m proud to be an American where at least I know I’m free.
And I won’t forget the men who died, who gave that right to me.
And I’d gladly stand up next to you and defend her still today.
‘Cause there ain’t no doubt I love this land God bless the U.S.A.

Kaiya was 2 years old when she knew she was proud to be an American! 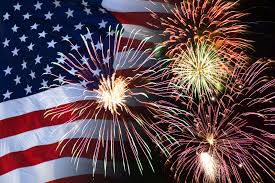 Happy Independence Day, dear readers. Enjoy this weekend with your loved ones, and be safe.