My daughter-in-law Alyx has a gift for being able to beautifully capture her kids’ personalities in photos. She told me recently that her success is because she takes about a thousand photos, and out of those thousand, one or two are good.

I’m sure she’s being too modest. There is certainly skill involved. That’s how she can capture moments such as this…..

While the Disney photographers are undoubtedly skilled, I would imagine they aren’t particularly patient. After all, there are scads of people waiting in line at any given moment. So while the photos taken of the Zierk family this past week during their visit to Disney World are wonderful, and flattering of everyone else, Cole seems determined to not give in to the happiest place on earth propaganda, at least in photos. There’s this…..

…..and this, where he’s tolerating the attention, barely…..

Despite evidence to the contrary, the entire family seems to be having a great time. I can’t wait to hear their stories.

And Cole always makes me smile.

While our family went on vacation every year, my childhood remained somewhat unfulfilled because we never went to Disneyland. To be fair, Disneyland wasn’t anything more than a little spark in Walt Disney’s imagination until the early 1950s, and it didn’t open for business until July 1955. Since I wasn’t born until December of 1953, and using the theory that you shouldn’t take kids to Disneyland at too young an age because they won’t remember it anyway, I’ll give my mom and dad a pass. I’ll blame my personality shortcomings on a terrifying horseback ride when I was 10 instead of a lack of opportunity for a youthful bonding with Mickey.

I did, however, love to watch the Mickey Mouse Show, featuring Annette Funicello (who made boys pant and girls jealous) and Bobby Burgess (who later went on to breaking hearts on the Lawrence Welk Show. In more recent years, most of my grandkids and great nieces and nephews got hooked on a newer, updated Mickey, Minnie, Donald, Daisy, and the gang. The theme song of the new version was stuck in my head many a night, but watching “Mi Mow” was a great way to distract Cole when he was 2.

In fact, I didn’t visit the Magic Kingdom until Court and I went to visit my girlfriend who at that time lived in Orlando. Court was probably about 5, and we went to Disney World. I guess it’s safe to say that I was hooked from the get-go.

Back in those days, Disney World offered the Magic Kingdom and Epcot. Period. That was plenty, however. You had your joyful fun and adventures at the Magic Kingdom, and then you had your stab at something a bit more educational at Epcot. I will never forget the first time we visited the World Showcase, giving guests a feeling of traveling around the world. Food-wise, we never really got past Germany, because Bratwurst. But hearing the mariachi band in Mexico and seeing the red phone booths in the UK made me feel positively worldly.

Since that time, I have visited Disneyland maybe two or three times, and Disney World maybe another couple of times. I had the good sense to marry someone who — much to everyone’s surprise — loves Disneyland too. And I have clearly passed on my love for All Things Disney to Court, as he has visited both Disneyland and Disney World a number of times, even as an adult. In fact, when he graduated from high school, as part of his graduation gift, I told him I would take him anywhere in the continental United States – along with his cousin B.J. Anywhere. San Francisco. New York City. Los Angeles or Dallas or Atlanta. He chose Disney World. That’s my boy. He has taken his three kids to Disneyland twice, and yesterday, they left for Disney World.

I drove with them to the airport at – quite literally – the crack of dawn, so that I could drive their car back to their house. The three kids were quietly excited. Five days of sunny Florida weather (except for occasional rainstorms), visits with Mickey and Minnie and (my personal favorite) Figment, a long-standard at Epcot, swimming and water slides, fireworks, and parades.

Fingers crossed that they don’t run into an alligator. And I’m not kidding.

At the same time the Zierks are heading east, my McLain grands are driving (with their parents) west towards Alaska. And what with my two boys living in Vermont, I am – for the first time in a very long time – grandchildless in Denver. I don’t quite know what to do with myself.

Maybe I’ll watch Beauty and the Beast or Mary Poppins. It’s the least I can do….. 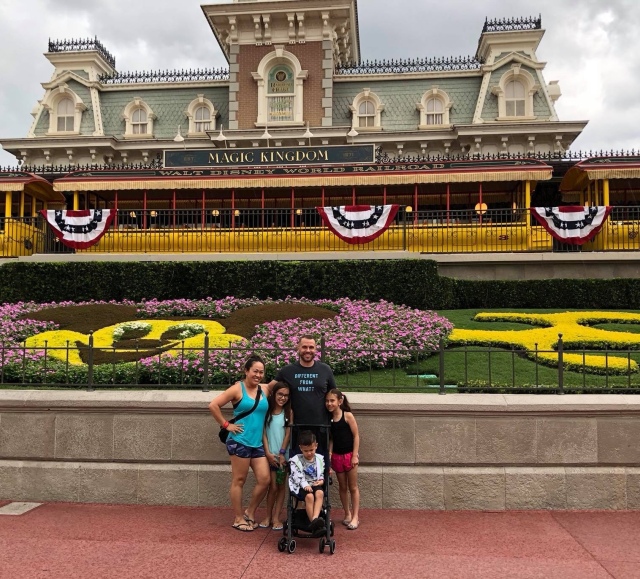 So, I didn’t win the powerball drawing. I thought I might. I know my chances were 1 in 292.2 million, but once when I was in grade school, my mom won a dishwasher in a church raffle. So, there’s always hope.

I purchased 5 of the 635,103,137 that were sold for the January 13 drawing, and 5 the week before. That brings the total of the number of powerball numbers I’ve purchased in my life to, well, 10. I was such a neophyte about the process, in fact, that I had to ask the woman at the customer service desk of my neighborhood Basha’s how to go about it. She looked at me oddly and said, “You give me $2 for each powerball number and I give you a piece of paper with your numbers on it.” And then she went home and told her family about the weird old person she helped that day.

Like the millions of others who purchased powerball tickets, Bill and I talked about what we would do with our money when we won. After more discussion than you would probably think reasonable given my 5 numbers, we came up with a list.

We would buy out Jen’s share of our AZ house and buy EITHER Mary’s house (across the street from Maggie and Mark) or the Canadians’ house (right next door to us) for her to live. It’s true neither house is for sale, but when you have 750 million smackers (after taxes), you can be quite convincing.

For all of our kids and grandkids, our siblings and their kids, and Shirley, we would treat everyone to a trip to Disney World in Orlando, FL, with rooms at the Grand Floridian. We briefly considered a Disney Cruise but decided the chances were too great that one or two of our grandkids could take a nosedive into the Atlantic. (That would be Cole and/or Micah.) Our great nieces and great nephews are welcome, but not on our dime. Money doesn’t grow on trees, you know!

Oh, and I’d finally get new carpeting for our house in Denver. You can only live with carpeting that was installed sometime during the Carter administration for so long.

Alas, none of those dreams are going to come to fruition for our kids, unless someone makes a pretty compelling argument to a particular person or persons who live in Tennessee, Florida, and California.

I have purchased my last powerball ticket. Well, until the next time the winnings creep into the billions. 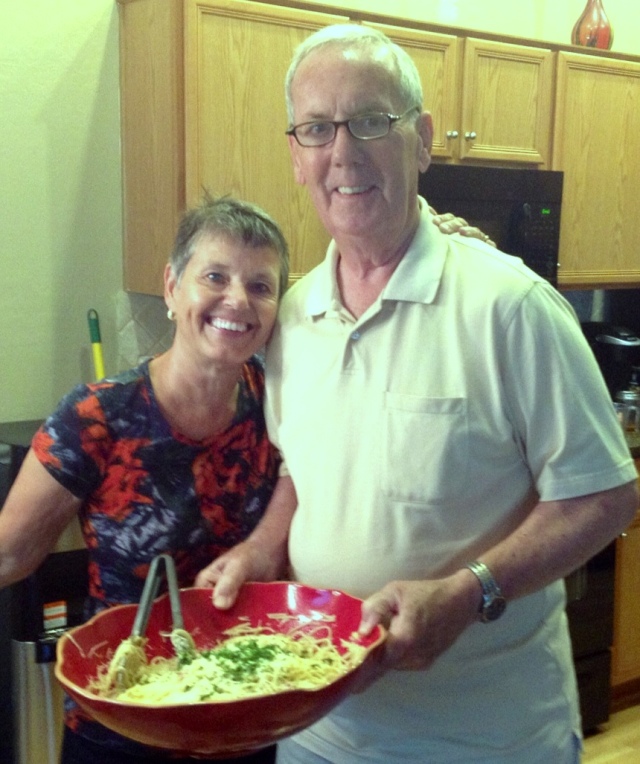