I learn a lot when I’m driving my grandkids around. Have you ever noticed that? The same held true when I was rearing my son. He told me things in the car he would have never told me sitting at the kitchen table. I always theorized it was because he was in a closed space from which he couldn’t escape, and because I had to stare straight ahead while I drove, he didn’t have to look me in the eye. It led to honest conversation.

But back to conversations with my grandkids. I don’t have conversations in which I expect them to tell me deep, dark secrets. That’s up to their parents, and I’m just the nana. But they tell me very funny things.

For example, the other day I was driving Kaiya and Mylee to my house to spend the day. Now, almost-9-year-old Kaiya is the worst eater of my nine grandkids. She proclaims a dislike of meat, but isn’t particularly fond of vegetables either. That leaves carbs. Mostly she likes pasta with butter and parmesan cheese and Domino’s cheese pizza. So it was kind of a surprise when she informed me – out of the blue, by the way — that she loved the macaroni and cheese from Noodles & Co. Restaurant. 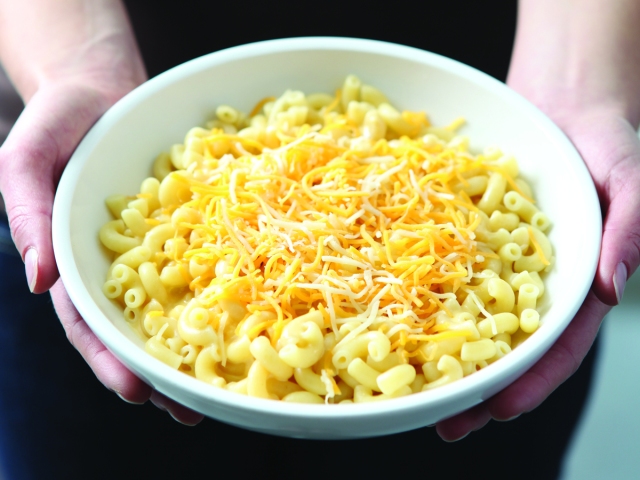 Don’t get me wrong. The mac-and-cheese at Noodles is amazing. I was just surprised that she liked something other than pasta with butter and cheese and Domino’s cheese pizza.

“Really,” I said, showing my surprise.

“Really, Nana,” she answered. “In fact, I like it so much that I wish I could eat a bathtub full of Noodles mac-and-cheese.”

That led to a conversation about how we would like to design a bathtub that had a closed-in section in which we could sit with a spoon or fork so that we could eat everything that was in the bathtub without having to actually sit in what we are eating.

I asked Mylee if she would fill her bathtub with Noodles mac-and-cheese as well.

“No, Nana,” she said. “I don’t really like mac-and-cheese that much. But I know what I would fill my bathtub with.”

“That way I could take the sushi from one side and dip it into the soy sauce on the other,” she noted happily.

I loved that conversation with Kaiya and Mylee. I think we pondered a fun question. It’s a bit different than the age-old question about what you would take to a desert island if you could only take one food (the answer which, for me, is always chicken-and-bean burritos smothered with hot green chili from Santiago’s  — a Mexican restaurant in the Denver area). It’s different because the question isn’t what is your favorite food; instead, it’s what is the food that, once you start eating, you can’t stop.

For me, it would have to be tortilla chips and salsa and/or guacamole. I guess I would need a modified version of Mylee’s modified version – chips on one side, and the other side divided in half with guacamole on one side and my nephew Christopher’s spicy homemade salsa on the other side. It’s true, my friends; once I dip a chip into salsa, I can’t stop until the chips are gone. And then I’m liable to ask for more.

When I relayed the conversation to their father, I asked him what food he would choose. He thought for a few moments, and then said chicken wings. I’m distrustful of that answer. Chicken wings would fill you up too quickly. I believe that’s what he would take to a desert island. But maybe I’m overthinking.

And Court’s thought on what food would fill up Cole’s bathtub? Chef Boyardee ABCs with meatballs.

I insist that anyone who comments on my blog today must include what they would have in their bathtub. And here is Christopher’s salsa recipe….

Process
Place all of the ingredients in a blender or food processor and blend until it’s the consistency you like. The serrano pepper adds lots of heat, so use accordingly.

When I was growing up, I was in somewhat of the minority among my friends as my mother had a job outside the home. It’s true that she wasn’t someone’s secretary or didn’t sell shoes at Monkey Ward’s (though that was the job she DID have when she met my father). But once my dad bought the bakery from my grandfather (and to be honest, I’m not entirely sure how old I was when that transpired), she helped my dad run the business. Dad ran the back end (which included the baking) and handled the finances; she ran the front end and handled the staff. At least most of them.

Bill’s mom was a full-time homemaker, and so Bill talks about her fixing lunch every day for himself and his siblings. I don’t think she fixed anything fancy – maybe a turkey sandwich or a sandwich made from what he proclaims was the BEST egg salad ever known to man. And he always adds that she peeled the skin from her tomatoes and cut the celery really fine. For years, I thought that Wilma was trying to be fancy like Martha Stewart who probably not only peels her tomatoes, but likely turns them into rosettes. Eventually it occurred to me that she suffered from the same stomach ailments as I, and probably peeled her tomatoes for the same reason I peel mine – to avoid the fiber.

Anyway, as I try to recall my youthful years (not an easy task because I can’t even recall what’s in the Tupperware bowl that I put in my refrigerator last night), I’m certain that there was a time when Mom was home with us kids most of the time. But nearly all of my memories are of the times when we were old enough to stay alone and make our own lunches.

As I pondered this reality, I began wondering just what it was that we made for our lunches. My siblings might correct me, but I recall a lot of bologna or salami sandwiches on Dad’s yummy white bread, and opening many cans of Campbell’s soup or Chef Boyardee’s spaghetti or ravioli. Spaghettios had not yet been invented, but let me tell you, once those made an appearance, they were my very favorite lunch. That lasted until — well, frankly, I still secretly love spaghettios. Hold the little weinies and the meatballs. And don’t even try to give me the ABCs. I like the tiny little circular pieces of pasta.

As for Campbell’s soup, my very favorite was Bean and Bacon, but running a close second was Chicken with Stars. There was just something about those teeny tiny little stars that brought Chicken with Stars soup a notch up from regular Chicken Noodle soup.

A year or so ago, I ran across an Italian deli that sold little circular pasta called annelletti. Well, I immediately purchased the pasta, thinking that I would certainly be able to find a recipe to make spaghettios from scratch. I did, indeed, find such a recipe, and then scarcely gave it another thought. Every once in a while I would come across the pasta in my pantry and think, “I should make spaghettios,” but didn’t. The pasta moved from AZ to Colorado, and then moved back to AZ, still unopened.

In the meantime, I was recently at Superstition Ranch Market, a store at which I shop solely because they have the Stewart’s Diet Orange Cream sodas that I love. Remember this post? In addition to Stewart’s sodas, they also have a fairly acceptable selection of Italian products, including pastas. What do you think I found? Pasta shaped like little stars, called stelline.

Which made me think, “I can make homemade Chicken with Stars soup!” And which then inspired me to take out the the well-travelled annelletti and make homemade Spaghettios as well. 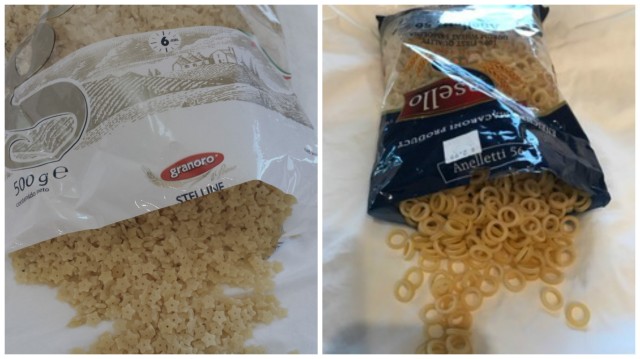 I made the Chicken with Stars first, and later that week I made the Spaghettios.

The soup was a home run. The recipe, as you can see, is basically a regular recipe for chicken noodle soup, but uses the stelline in place of noodles. As for the Spaghettios, I was sorely disappointed, and here’s the reason why: Chef Boyardee’s Spaghettios are sweeter, which is why kids (and I) like them. I tried adding more sugar, but it just didn’t taste the same. If I’m going to have Spaghettios that don’t taste like the Chef’s, I would just as soon not have my base be tomato sauce, but instead, make a good red sauce of my own.

Here are the recipes….

Bring mixture to a simmer, the reduce heat to medium and stir in the pasta. Cook until pasta is al dente, stirring occasionally. Season with additional salt if necessary.

Process
In a small saucepan, mix ingredients (except for pasta) and bring to a boil over medium high heat. Reduce to a simmer and cook on low until the butter melts completely. Meanwhile, cook pasta per instructions until al dente (or to your liking, remembering that the pasta will soften up more as it absorbs the liquid). Drain pasta and combine with sauce.