When It Rains, It Pours
Bill and I have just gotten over the sticker shock at having to completely update our breaker box. The other day the oven light went out in my top oven. (The bottom oven light has been out for years but I seldom use that oven so it hasn’t bothered me.) The problem is that in order to reach the oven lights, Bill needed to remove the doors. Unfortunately, when he was putting the bottom oven door back in place, the metal hinge broke. We subsequently learned that the ovens are so old that they no longer manufacture the part. The good news is that the top oven works fine. Our plan is to put our head in the sand until we return from AZ in May. At that time we will decide what to do, which will likely be to replace the ovens. In the meantime, my bottom oven is doorless. Sigh….. 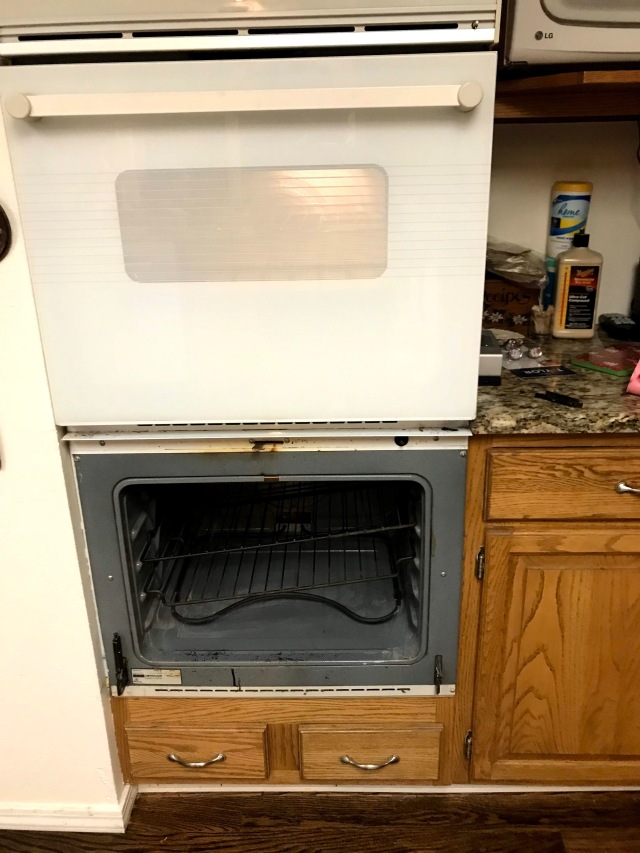 Papa had help putting the top oven door on as Addie and Alastair came by to help. How many McLains does it take to fix an oven door?…..

Fill the Cookie Jar
I finally got back in the saddle following the sugar cookie extravaganza on Sunday. Yesterday I made cinnamon biscotti and shortbread. Just in the nick of time because we were nearly out of the cookies I saved for us as the rest went out the door on Sunday….. 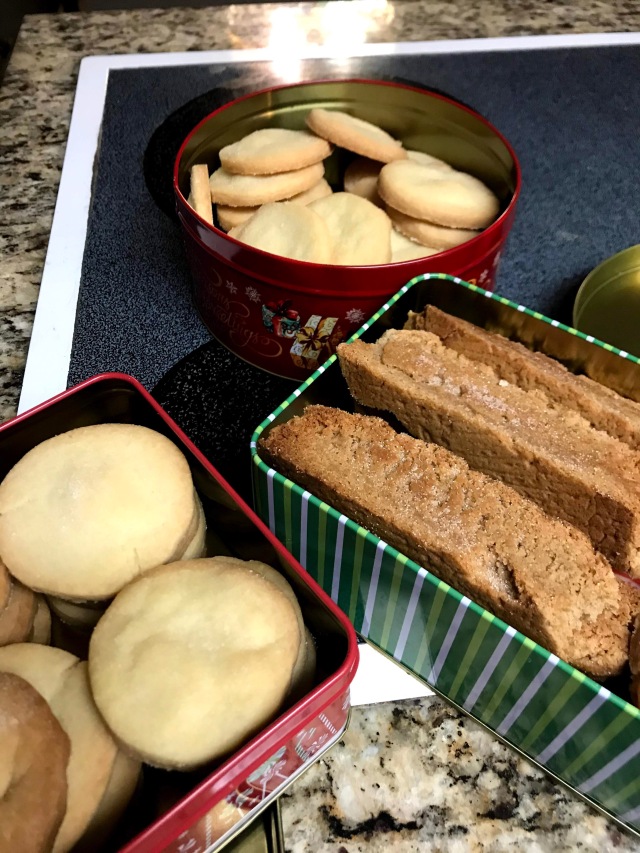 Hoops
Cole had his first basketball game on Saturday morning. Court played basketball throughout his youth, and loves the game. I don’t know if Cole is going to feel the same way, but he was a gamer…..

Which is Which
Jll and Dave prepared me brunch for my birthday on Saturday. Afterwards, I had the opportunity to check out the kids’ bedrooms. The contrast between Alastair’s room and Addie’s room made me laugh out loud. Guess which is which…..