The other day I was having lunch with my 14-year-old grandson Alastair. He was telling me about his upcoming trip with the Boy Scouts, a trip he is on now, even as I write these words. He and his troop are hiking and camping in the mountains of Colorado for two weeks. He was looking forward to the adventure. I don’t want to be around him when he gets home. I’m assuming there won’t be a lot of showers involved.

“I’ve already started saving my money for next year’s Boy Scout trip,” he said between bites of his monte cristo sandwich. I asked him where they were going next year that required saving for an entire year. Are you ready for this?

Southeast Asia! In 2020, his Boy Scout troop will be hiking around Thailand, Cambodia, Vietnam, Laos, and who knows where else.

“Will you camp?” I asked, thinking about the many men of my age who camped — albeit reluctantly — in Vietnam in the late 60s and early 70s when they weren’t much older than Alastair.

He told me they would probably mostly sleep in hostels. Isn’t that something?

Earlier this spring, his sister Addie went on a school trip to Japan. When she asked her parents if she could go, they said yes, as long as she could save up enough money to pay for half the trip.

“I already have the money,” she said, because ADELAIDE GRACE. It’s how she rolls. I assure you that Alastair will have a more difficult time saving the money. It burns a hole in his pocket, you see. 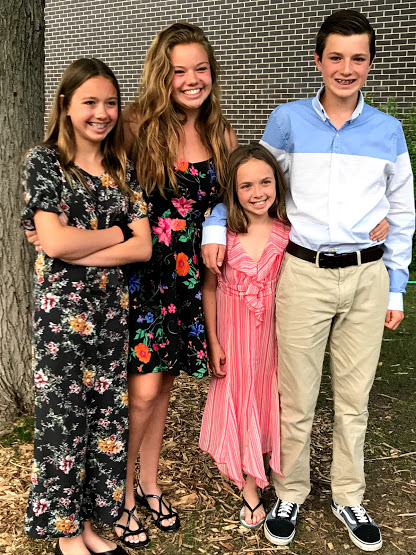 When I was a teenager, and frankly, even when I was a young adult, I didn’t think I would ever travel very much. That was perfectly fine with me. I wasn’t particularly curious about how the rest of the world lived. I did have some desire to travel around the United States, and was lucky enough to be able to be able to visit some of the cities about which I was curious even before Bill and I got married.

On the other hand, Bill always had a yen to travel, especially to Europe. When his kids were younger, he was unable to make that happen. Ironically, two of his three kids tread on European soil before he made it over there. But we hadn’t been married very long when he started making plans to travel. I reluctantly went along with his plans because, well, I certainly wasn’t going to stay home alone while he’s  sipping champagne in Paris. That’s why, however, the blog I wrote when we traveled abroad was called The Reluctant Traveler.

We first saw Great Britain, France, and Italy, with a quick visit with relatives in Switzerland. And then we took our big trip to Europe in 2008, where we traveled for three months and at least touched the soil of most western European nations. Ah ha, I thought. This is why Bill wanted to travel. It’s fun.

I’m happy that my grandkids are interested in seeing the world. I believe it’s important to see that not everyone lives as we do in the United States. However, though I have enjoyed my travel — and am glad for any opportunities my grandkids have to see the world — poet Henry Van Dyke’s words express how I truly feel when I’m on my way home:

One thought on “See the World”