Oh, give me a home where the buffalo roam
Where the deer and the antelope play.
Where seldom is heard a discouraging word
And the skies are not cloudy all day. – Dr. Brewster M. Higley

One of my major takeaways from our visit to Antelope Canyon was that songwriter Dr. Higley didn’t know an antelope from his Siamese cat. And neither did the white people who named Antelope Canyon. In fact, the young Navaho woman who guided Bill and me (along with 12 or 14 Japanese tourists) through the amazingly beautiful slot canyon could scarcely keep from rolling her eyes as she explained that antelopes are indigenous to Africa and parts of Asia ONLY. Not the United States. What the white folks who named the canyon saw, she explained with a sparkle in her eyes, were pronghorn deer.

I’d like to argue that they might just have thought that Pronghorn Deer Canyon didn’t have the same ring, but I’m pretty sure she is right. They were just boobs.

Antelope Canyon is located very near Page, AZ, located smack dab in the Navaho nation that makes up much of northeast AZ. The Navaho people call it Tsé bighánílíní, which means ‘the place where water runs through rocks’.

Antelope Canyon has long been on Bill’s bucket list, and for good reason. So we decided to make our way back to Denver via the famous canyon as opposed to our usual route.

Antelope Canyon is called a slot canyon because the canyon is made up of sandstone that has been eroded over the course of a very long time, creating very narrow passageways. In fact, the canyon continues to erode, ever-changing when the rains come. It never stays exactly the same. Because of the nature of the canyon and its particular geology, tourists are not allowed to wander through the canyon on their own. That privilege ended a number of years ago when an unexpected rainfall sent water roaring through the slot, killing a number of people. Now, tours are provided by the Navaho nation, upon whose land the canyon lies. And believe me, based on our experience, the tours are interesting and much better than going it alone.

I was surprised early on when our guide told us that we could touch the walls as much as we wanted, but (obviously) we couldn’t write on the wall. It didn’t take me long to realize that the reason we could put our hands on the wall was that the walls change all the time — every time it rains.

Our guide not only told us of the history of the canyon, but used our individual cameras to take spectacular photos that most of us would have bombed….. 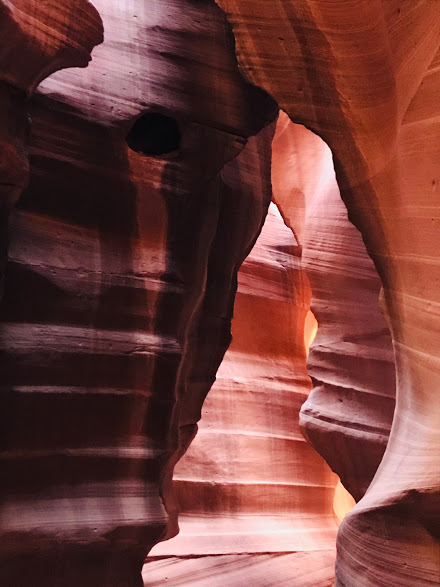 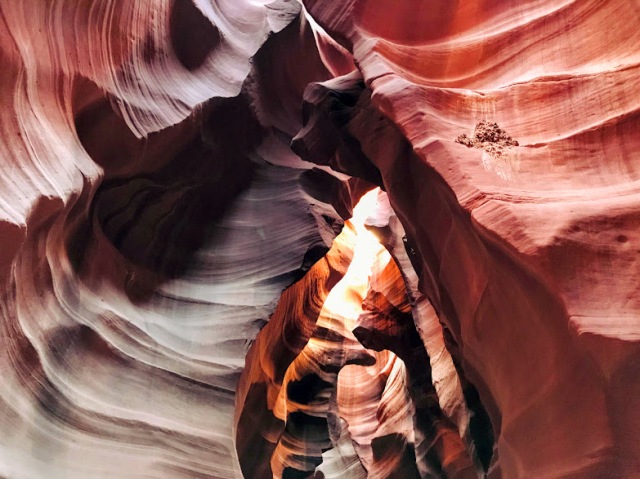 There are numerous tours available, all offered by Navaho-owned companies. When Bill made the reservations, he sort of closed his eyes and picked one. It happened to be one that seemingly was geared towards visiting Japanese tourists, of which there were many. It worked fine for us, however, because they had their own interpreters, a good thing because our tour guide likely was no more able to speak Japanese than I.

The tours of Antelope Canyon are available year-round, as long as it isn’t the rainy season. The colors of the rocks and the light that filters through the scant openings changes based on time of day and time of year. The land is sacred to the Navaho tribe, which isn’t surprising at all.

Antelope Canyon is nature at its finest and God’s handiwork at its best….. 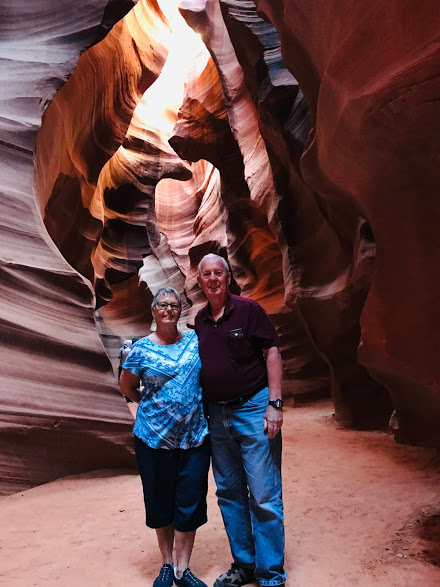 One thought on “It’s a Pronghorn Deer, Stupid”