Our family gets together for a lot of celebrations. And all our celebrations, of course, include delicious food. It’s in our genes (which makes it harder to fit in our jeans). But none of our celebrations is about the food as much as Bec’s annual Mardi Gras party held last Sunday.

I know. I know. Yesterday was Mardi Gras. But what working stiffs (at least what working stiffs that don’t live in New Orleans) can celebrate on the actual day? For this reason, Bec’s party is most always the Sunday before. It’s the favorite of all Bec’s many parties, I think. The day she texted the invitation, she had responses almost before she even put down her phone. Everyone likes the Mardi Gras party. 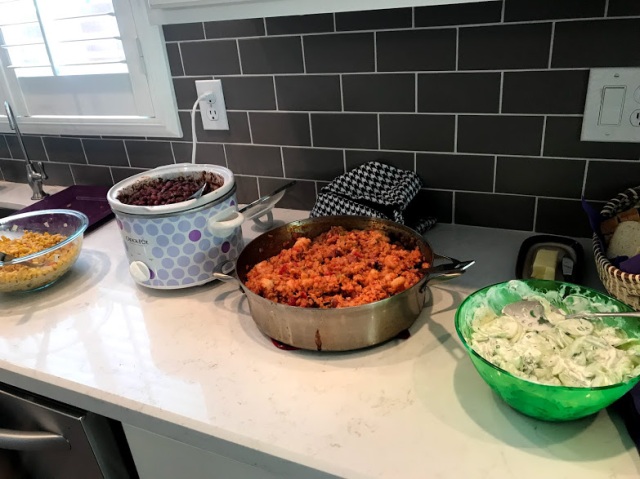 The gumbo is the trick. At least, that’s my take on our Cajun offerings. I have made gumbo exactly once, and it was, well, just okay. The trick, you see, is patience. Lots of patience. Because the key is the roux, and the key to a good roux is a willingness to slowly stir and baby the roux until it is exactly the right color. Too light will result in a lack of rich and deep flavor. Too dark will result in a very expensive dish being thrown in the garbage. I am too impatient to make a good roux. Erik has the necessary patience, and this is the result…. 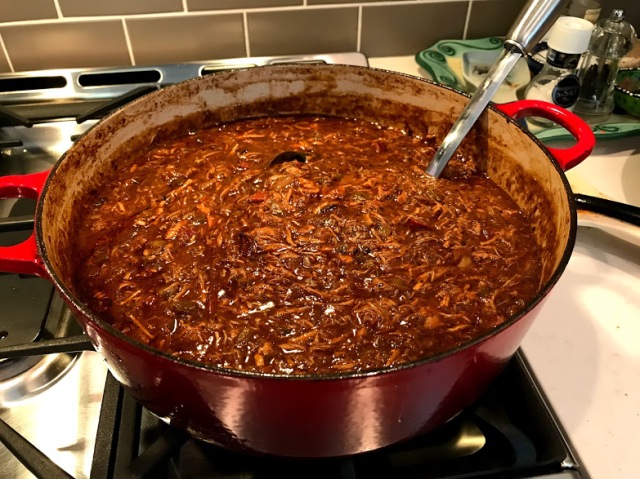 There’s lots of beads and beer and zydeco music playing in the background. If it wasn’t for the palms and orange trees, we could have been in New Orleans.

This year, as every year, we finished off our meal with one of Bec’s King Cakes, a traditional Mardi Gras feature. The traditional King Cake is a yeast and flour and sugar concoction similar to a cinnamon roll dough. Bec makes a sweeter version. The most important ingredient, however, is the baby. As is tradition, each cake includes a little plastic baby figurine. Traditionally, whoever gets the piece that includes the baby hosts next year’s party. And, people, it’s all about the baby.

This year, because it coincided with Bec’s granddaughter Kenzie’s 13th birthday, there were three — count ’em — three cakes….. 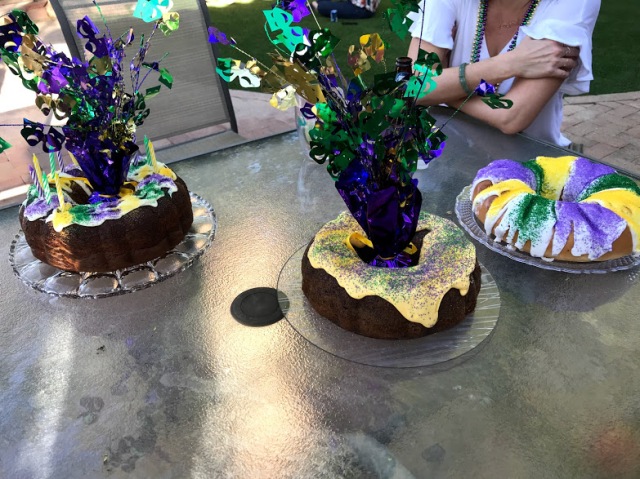 The one on the right was baked by my brother Dave, and was the traditional version. The most important fact is that each cake included a baby. We each selected a piece from one of the cakes. Josey was the first to find a baby. Jealousy abounded.

And wouldn’t you know it? Bill was next. He spotted the baby almost immediately….. 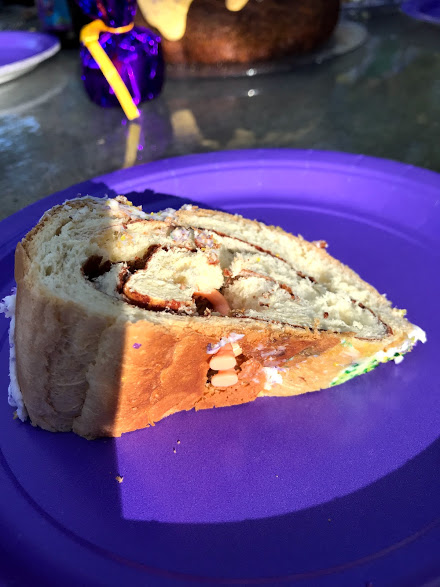 See the baby’s little feet on the bottom of the cake? Kind of creepy, no?

He, being Bill, chose to torture the children the rest of the afternoon by carrying the baby around in his pocket….. 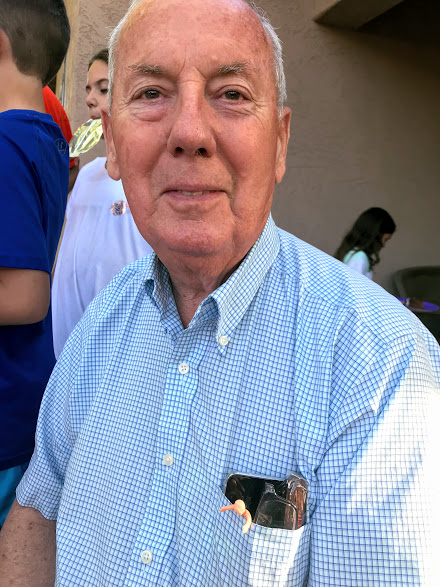 By the end of the party, the third and final baby had not yet been discovered. You can only eat so much cake.

This year, the girls added a nail party to the mix…. 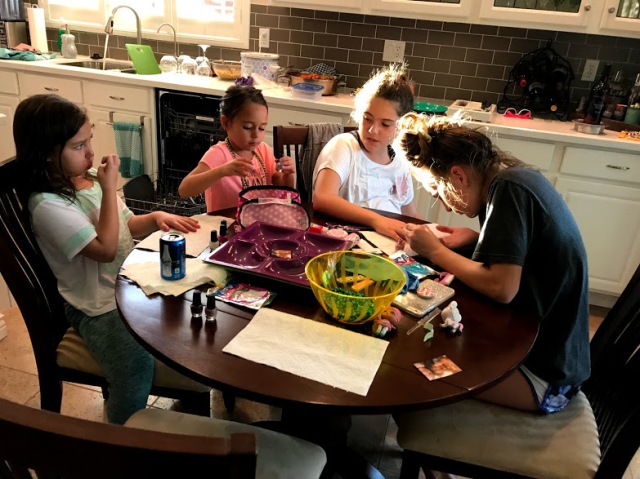 2 thoughts on “It’s All About the Baby”