The low point of my day yesterday hit early, somewhere in the neighborhood of 6 a.m. As I have told you all many times, I’m an early riser. Not being up and at ’em until 6 means I slept in. Being so well rested, I was off to a cheerful start. But when I settled at the table with my cup of coffee, Google fed me the sad news: there is strife amongst the British royal family. Sadly, according to some news sources, Princess Kate and Duchess Meghan are bickering. Yes, my friends, some sources are admitting that the Duchess of Sussex might just be a pain in the ass. Or perhaps I should say arse, it being Great Britain and all.

Some news sources are reporting that members of the duchess’ staff are fleeing like General Cornwallis during the Siege of Yorktown. Why? Because she is reportedly meaner than the Grinch. And Prince Harry is going along with it. Yes dear, he has been heard to say. You know if Meghan — oops, I mean the duchess — is being defended by her father, who was forced to have a heart attack so the monarchy had a reason to prevent him from showing up at the church, things are serious.

Prince William and Princess Kate have reportedly installed a peek hole in the door of their apartment in Kensington Palace so they can make sure not to answer if Meghan stops by to borrow a cup of sugar….. 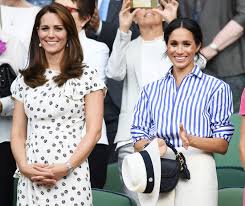 Doesn’t it look like they’re both gritting their teeth?

The whole thing made me happy that I didn’t get up early to watch their wedding like I did when Charles married Diana. Instead, I recorded it so that I could fast-forward through the boring parts, which was nearly everything except for the chorus that sang Stand By Me and the minister who I suspect was sent to the Tower of London soon after the wedding was over. Using the same numeral references as Americans use for President George H.W. Bush and President George W. Bush — that being 41 and 43 — the queen was heard to say if 1 could send people to the Tower, so can 2.

When you’re up on a pedestal as high as Meghan and Harry have been, the fall from grace is an even more difficult tumble.  I’m reserving judgment, however. After all, let’s face it. The first trimester of pregnancy can make anyone cranky. After having to pee 10 or 12 times during a single ball, smiling at your skinny sister-in-law might make you grumpy. And then, as your stomach becomes larger and larger — oops, I mean, your baby bump gets bumpier — and you have to look at Princess Kate in her size 0 dresses, it’s enough to annoy even a duchess. Or, at a minimum, scream at your lady-in-waiting……

Harry to Meghan: Ha! Kate is dragging toilet paper from her panties. Let’s not tell her.

And then, of course, there’s all the pressure to make your appearance wearing stilettos and a clean dress five minutes after you give birth because KATE DID IT! You really want to sit at home eating frozen yogurt and cheese balls, but nooooo, you have to make an appearance within seconds of cutting the cord so you can’t gain more than two pounds….. 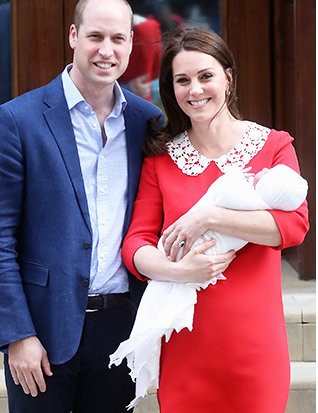 Anyway, the whole thing makes me realize that royalty or not, being pregnant can be as hard on a duchess as it is on you and me. Just concentrate on the real meaning of Christmas, Duchess.

One thought on “Fall of Royalty”