Cool or Diseased?
I always think my granddaughters’ feet look so awesome when they have their toenails painted a bright green or blue. So earlier this week when I got my pedicure, I picked out what I thought was a pretty shade of blue. What the heck. I’ll take a walk on the wild side. Unfortunately, I can’t get past the fact that my feet don’t really look striking; rather, they look more like I have a toenail fungus…… 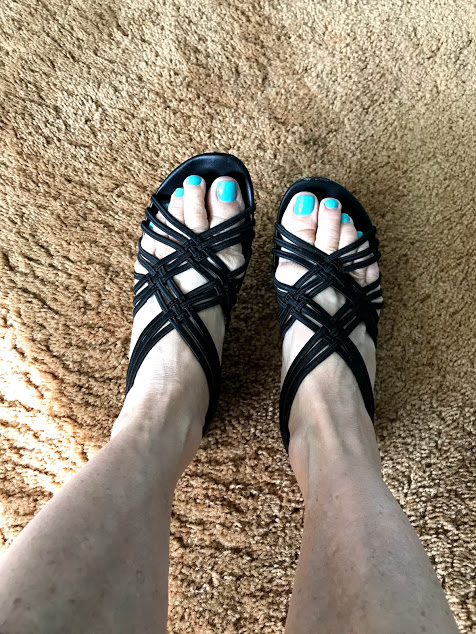 Dazed and Confused
I was on light rail last week, heading home from downtown during rush hour traffic. The train was surprisingly full, with mostly standing room only. I happened to be lucky enough to get one of the last seats. I was amused as I looked around and noticed the mostly Millennials who were commuting at that time. They all looked tired and dazed. Nearly all were staring at their phones, and many had on earbuds. I noticed at one point that several of the people were silently mouthing words to themselves. At first I thought everyone was saying a silent rosary, because as a lifelong Catholic, that’s where I go. I realized finally, however, that they were all silently singing along with whatever music they were enjoying, which was why no one was mouthing the same words….. 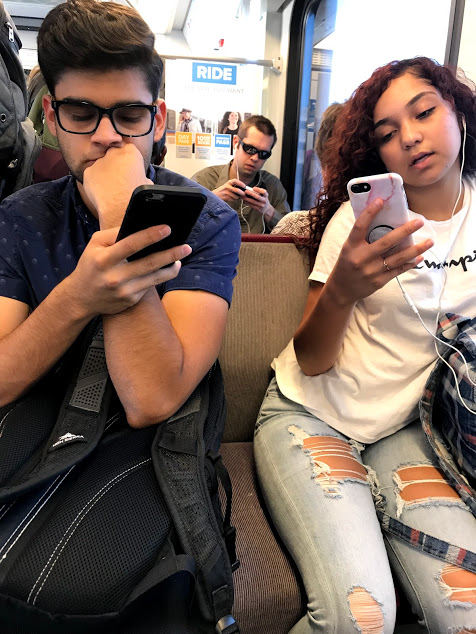 I Got Buzzed
As I walked through the tunnel that goes underneath I-25 to the light rail station in my neighborhood, I happened to glance down at the front of my clothing. I noticed something dark-colored on my shirt. I looked closer to see if it was a stain, and realized that it was a fairly large insect. Anyone who knows me can imagine just how calm I was. I began whipping the shirt around, trying to dislodge the insect, while dancing madly. It wouldn’t budge. At that point, I realized that it was a bumblebee, and one who was fairly lazy, or perhaps sick, because it had no interest in dislodging itself. I finally managed to flick it off, and hoped that I never had to tell my granddaughter Dagny the story. I also said a silent prayer of thanks that I was alone in the tunnel.

Under the Sea
Kaiya celebrated her birthday last weekend at a party with her school friends. The party’s theme was “Under the Sea.” Mom and Dad did a great job. Everything looked very nautical, but I liked her pinata best….. 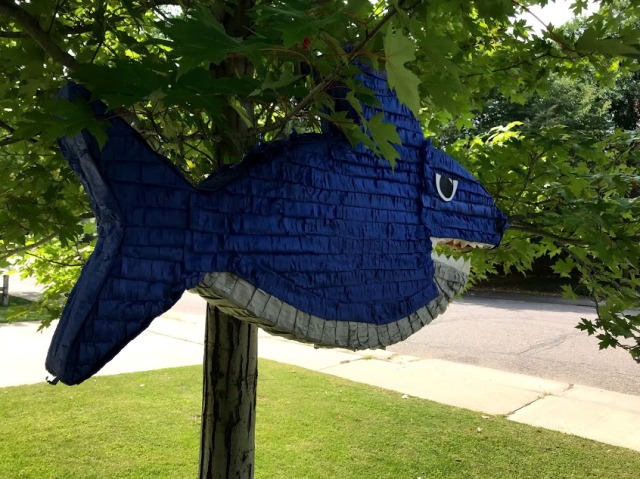