Before we even got back to Colorado, I had begun thinking about my summer. I decided that I was going to issue two edicts to myself when we returned to Denver. The first was that I was going to make my summer work easy. My days of pulling hoses around the yard are over, as I tripped over the hose too many times last year.  This meant that I changed the foliage in our front yard to drought-friendly plants. My flowering plants now are in the back yard where they are easier to manage.

The second edict I issued to myself was to take the words of Darius Rucker’s song to heart: When was the last time I did something for the first time.

I don’t know exactly what this means, but – as they say – I’ll know it when I see it. As a matter of fact, we’ve already started. A couple of weeks ago, we got tickets to see a comedian at the Comedy Works. Bill and I both like comedy. Bill, in particular, loves watching good comedy specials on television or via Netflix. Netflix, in fact, is where we came across the comic we saw – Nate Bargatze. By the way, should he visit a comedy club near you, get tickets. He’s family friendly and funny as hell. We both literally laughed until our sides hurt.

We also have arranged to do something in which we have been interested for some time. In July, we are boarding an Amtrak train and taking the California Zephyr to San Francisco, where we will meet up with Dave and Jll and the kids who, as you know, are driving around the western United States in an RV. I am always eagerly optimistic about train travel, never failing to picture Hercule Poirot in a tux in the dining car. My limited U.S. train experience thus far hasn’t met those expectations. Still, it may happen this time. We have a sleeping car arranged, which includes our meals in the dining car. We won’t go so far as to put on a tux or a gown, but we nevertheless have high expectations.

We are tentatively planning on traveling with the McLains from San Francisco to Lake Tahoe, and will board an airplane to return to Denver. By the way, the McLains are unaware of any of this, so if they are reading my blog, well….. Their itinerary may change! 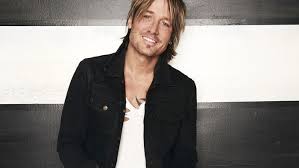 one, sigh). But a few months ago, Jen called me and said, “Would you and Bill like to go see Keith Urban at Fiddler’s Green in July?”

It only took a few beats before I said, “Hell to the yes!” I am packing my flat vodka pack and Bic lighters as soon as I finish this blog. 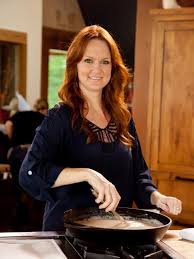 Finally, as you read this blog post, I am busily doing what is perhaps the kookiest thing I will do all summer. Jen and I are flying today to Tulsa, Oklahoma – where the wind comes sweeping down the plain – and getting in a rental car to drive to Bartlesville, Oklahoma. Tomorrow morning, we will drive to Pawhuska, Oklahoma, where The Pioneer Woman lives, films her Food Network television show, and operates her store called The Merc. We will spend the day shopping at The Merc, taking a tour of The Lodge, from where her TV show is filmed, and being all-around cowgirls-for-a-day. We will return to Colorado Thursday night.

When I question my sanity, I remind myself about doing something for the first time.

Stay tuned for stories about our adventures. In the meantime, Nana’s Whimsies will not be posted for a couple of days. See you on Friday.

And ask yourself, when was the last time you did something for the first time.

One thought on “First Time”