Dolly Does Elton
The other day I got a text message from my sister Jen. Check out the new album that was released this week titled Restoration. I’d never heard of it, so I went into iTunes and typed in Restoration. This is what I saw: Restoration: The Songs of Elton John. I’m not particularly a fan of Elton John, though I certainly don’t hate him and in fact, have owned an album or two of his throughout my life. Still, I couldn’t imagine that she would get excited about a new Elton John album. When I looked further, however, I learned that it features a number of Elton John songs redone by various country music singers. Vocalists like the Brothers Osborn, Chris Stapleton, Dolly Parton, Miranda Lambert, Maren Morris, Little Big Town, and others perform their own countrified covers of some of Elton John’s and Bernie Taupin’s songs. It turns out that Sir Elton John has always been a fan of country music, and when you reimagine them – as did these country artists – you see they actually have a country flavor to them. I ended up purchasing the album, and have listened to it numerous times in the past few days. I understand there was a special on television the other night featuring a number of artists performing their music. I missed it, but intend to find it on demand.

What’s On TV
Love me or hate me, I must admit to watching Roseanne, and laughing out loud at some point – or several points – during every episode. It amuses me that there is such an outcry about a character in a television program – A TELEVISION PROGRAM – having a conservative viewpoint. After all, the non-conservative viewpoint has been more than well represented over the years. At any rate, I don’t care if it’s conservative or liberal, the Connor family makes me laugh. Tuesday’s episode was especially good, as it finally showed a side of Roseanne that displayed her love for her children. Having said that, I will admit that my favorite line thus far this year came in a previous episode in which her granddaughter was complaining that her life SUCKS. “All our lives suck,” said Roseanne. “That’s why we put marshmallows on yams.” I seriously laughed until I cried.

Spring Has Sprung
I’ve mentioned before that, thanks to modern technology, I can see Kaiya and Mylee’s artwork via a particular website. This week, my email turned up a new offering from 7-year-old Mylee. It was her contribution to a project called Spring Has Sprung. I, of course, think it’s marvelous – absolutely a brilliant piece of art that perfectly depicts spring. I was wholly unaware, however, that T-Rexes made their appearance every spring….. 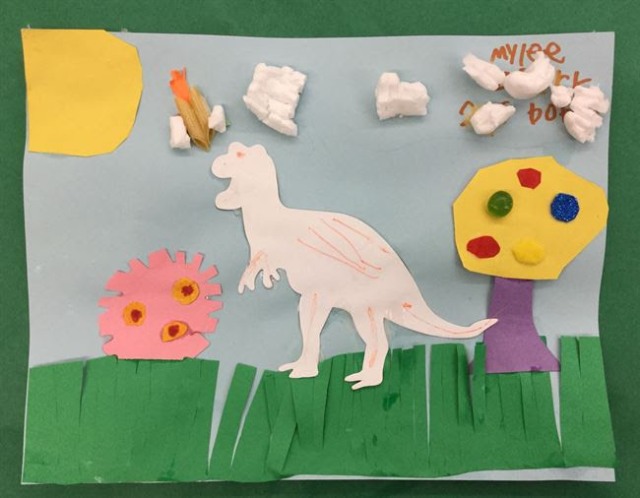 Pizza Pizza
Yesterday Bill and I made our annual trek downtown to eat lunch at an amazing pizza restaurant called Pizzeria Bianco. We always have a great time. The pizza is delicious, baked from scratch in a real wood-fired grill. No gas flames; real burning wood. The salads are made from local produce from a nearby farmer’s market. The food is flavored using herbs which grow in pots in front of the restaurant….. 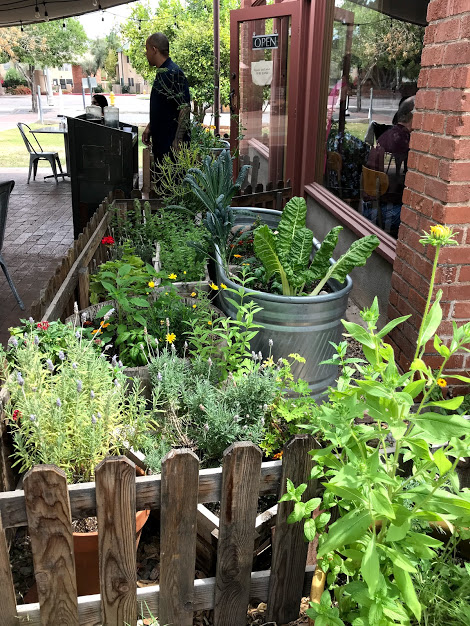 You can’t get fresher than that. This year we asked our neighbors to join us. We drove to the light rail station and took light rail down to the restaurant. On the way back, we got off light rail in the Mill Ave area near ASU campus and enjoyed an adult beverage. It was a fun afternoon….. 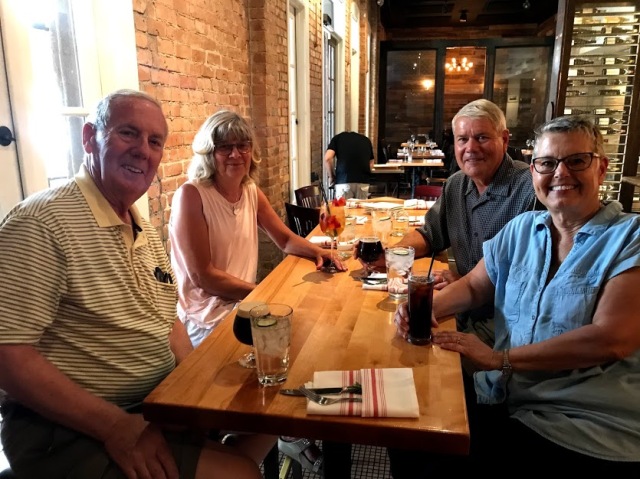