Mister Postman, look and see
Is there a letter in your bag for me?
I been waiting a long long time
Since I heard from that girl of mine
There must be some word today
From my girlfriend so far away
Please Mister Postman look and see
If there’s a letter, a letter for me.

Saturday evening, a friend of mine – in fact, my oldest friend (in number of years and not age) spent the night at our house. She drove in from Omaha and stopped on her way to visit another mutual friend who is also in Colorado. Of course, because we are different in nearly every way – which belies our friendship – she didn’t arrive until waaaaaay after I had been asleep for hours. She, you see, is a night owl while I am up with the birds.

We had a nice – if quite short — visit yesterday, but will see each other in a few days when she is heading home again…… 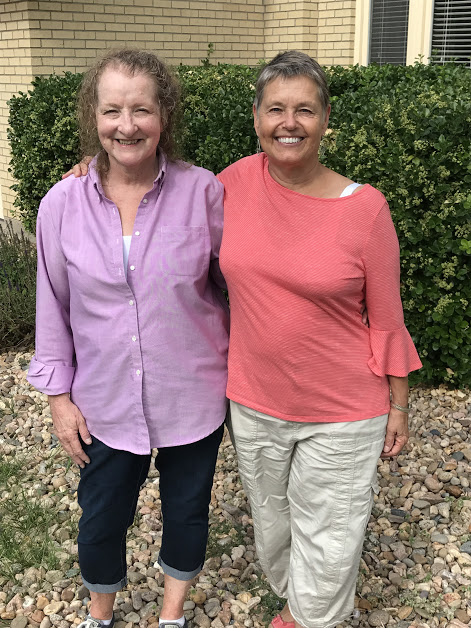 We talked about many things, as we always do. Our children. Or aches and pains. Our memories of grade school and high school and beyond. In the course of our conversation (from which Bill quickly escaped, heading to the family room, apparently finding installing wood floors better than listening to the jammering of two women), she mentioned that a friend had come across letters I had apparently sent her while in college at the University of Nebraska, way back in 1972-1973. In the letters, I talk about my life, my loves, and who knows what else.

What struck me when I learned about the existence of these letters is, well, letters. It makes me laugh to think that I sent letters to my friend, who was attending college in Omaha, a mere 45 or 50 miles from Lincoln. It got me to thinking about letter writing.

Recently I was talking about letters to one of my grandkids, probably Addie. I was telling her about that feeling you would get when you opened your mailbox and saw a first-class envelope with a handwritten address – and it was addressed to YOU. Even in this day and age of nearly instantaneous communication technology, it isn’t the same as getting a letter that you know someone sat down and wrote with a pen, carefully placed in an envelope, addressed the envelope, licked the 8 cent stamp and placed it in the corner, and put it in the outgoing mail for me to receive two or three days later. Emails can’t compete, I’m afraid.

Oh, I’m not knocking email. Modern technology has made the world a smaller place. When my sister Bec lived in Germany, it felt a cajillion miles away from Colorado. Nowadays, with email and blogging and Facebook, we would be in daily contact with her. We would see pictures of my niece and nephew on a daily basis.

But I’m telling you, mail.

When I was a little girl, we kids received a magazine from Modern Woodmen of America, I guess because it must have been one of Dad’s insurance carriers. The magazine came monthly, but I remember exactly zero about the magazine except for one thing: in the back of the magazine there were classified ads, including kids asking for pen pals.

About once or twice a year, I would send a letter to a potential pen pal. Sometimes I would get a response; sometimes I would check the mailbox every day for months and not hear a word. Usually the pen pal relationship only lasted a short while. Still, for those few months, I WOULD GET A LETTER IN THE MAILBOX ADDRESSED TO ME. The letter would be something like this:

I would like to be your pen pal. I live in Bottom Feeder, Florida. I am 7 years old. I like to play with dolls. I have a sister and a brother. He smells like boogers. Please write back.

So, perhaps it wasn’t great literature, but man-oh-man, I got a letter!

Anyway, I’m looking forward to reading the letters I wrote to my friend in college. I wonder what my deep concerns were when I was 19 years old.