The other day, my phone rang, indicating a call from our eldest granddaughter, Addie. Addie frequently texts me, but rarely calls. I of course immediately went to my “who died now” place, and answered the phone.

Nana, I left my gym bag at school after volleyball practice, she told me. Can you give me a ride back to school to pick it up? Mom had to go somewhere and can’t take me. 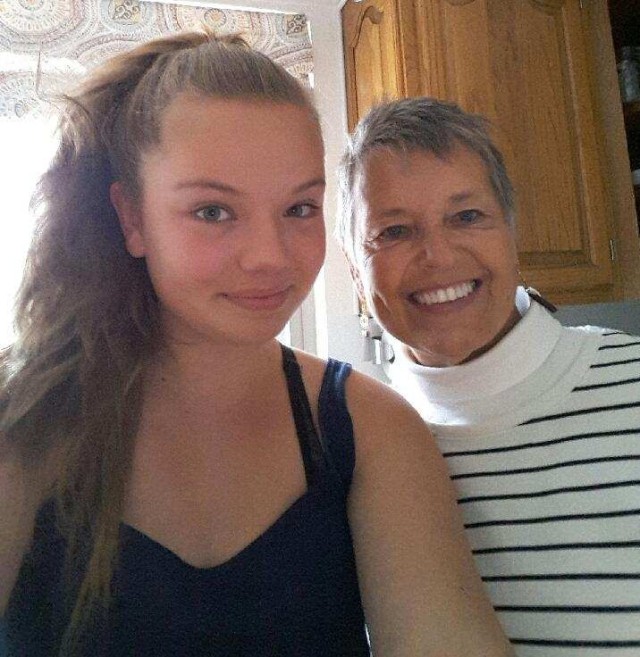 Thankfully, her school is a mere 10 minute drive from our house, so I told her I would be happy to give her a ride. We arrived only to find the doors locked up tight and so she was unable to get her bag.

As we drove home, she was uncharacteristically quiet and distracted. I asked her if she had much homework. She sighed and told me she was going to go home and grab some dinner and then spend the rest of the night doing homework. I asked about her classes this year, and she gave me a rundown that sounded much like the way I imagine the president of the United States spends his day. Only without Secret Service and Air Force One.

Don’t get me wrong; she wasn’t complaining a bit. I think that it’s just taking her a bit of time to get used to the pace of high school. No surprise there. It seemed like every class she told me about had the word honors in it.

So it was fun yesterday afternoon to watch her play volleyball for the Thomas Jefferson High School Spartans freshman volleyball team. Why? Because it looked like she was just having herself some fun. She had her own little cheering section – her mother Jll, her father Dave, her Aunt Julie, my sister Bec and me. Together, we could yell Go Addie! quite loudly. I’m sure she was thrilled to have us waving to her from the stands.

I used to change her diapers! I yelled. No, I didn’t really. Give me a bit of credit.

I don’t know a lot about volleyball, but I suspect I will learn quickly. But I do know about high school athletics, because I grew up in Nebraska where high school sports are king. Especially football. But, the last time I had been to our neighborhood Target, I noticed they had clothing for our favorite sports teams – the Denver Broncos, the CU Buffaloes, the CSU Rams, and – what?????? – the Thomas Jefferson Spartans. I kid you not. Thank you Target.

So about an hour before the game, I headed over to Target and got myself a Spartans shirt…… 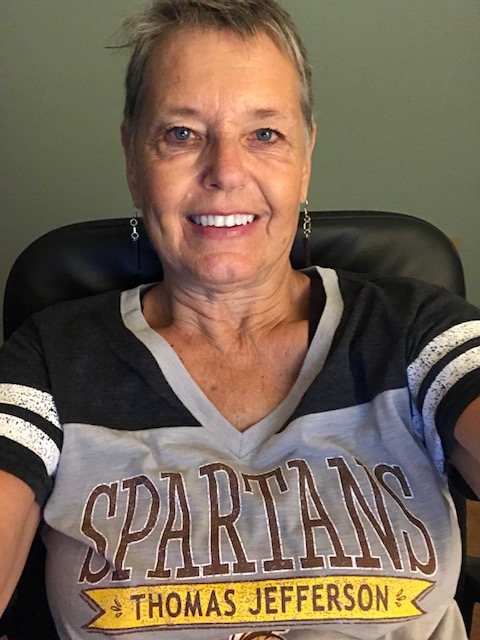 By the way, I almost didn’t go to the game. It was tempting to think about sitting outside in the afternoon drinking gin and tonics. But, I kept looking over at Bec (who I believe hasn’t missed a single one of her two grandkids’ sporting events), and decided I wanted to go see my girl play volleyball. Not that Bec would judge….

This was only the second game of the season. Not only did Addie have an exceptionally good game, but the home team was victorious. What more could I ask?