My sister Bec returned Monday evening after a two-and-a-half week trip to China and Tibet. She walked into our house looking perkier than I would have looked – or even than I looked at that moment. Because, God bless her, she walked into a Grandkids Zone. Bill and I were watching Kaiya, Mylee, and Cole while their parents had dinner and went to see Wonder Woman with free tickets that Court somehow accessed.

What are the first words that you say to someone who has been gone for 19 days visiting a communist country where the people cook animals that we pet? Can I fix you a martini?

Yep. For better or worse, that’s what I asked her. She declined, pointing out that she had been awake for nearly 24 hours straight at that point (being, like me, unable to sleep on an airplane) and straight gin would have resulted in her falling face forward. The idea of Kaiya saying, “Nana, why is Aunt Bec sleeping on the kitchen floor? Why, Nana, why?” simply didn’t seem like a good option.

As the evening went on, between cleaning up spilled lemonade, breaking up fights over Play Doh, fixing butter noodles for the kids and pasta with pesto for the adults, and slicing more watermelon than one would think would fit in those little tummies, I was able to have bits and pieces of conversation with Bec.

Since I was offering dinner something like 15 minutes after she entered our house, I asked, “Are you even hungry?”

Her reply: “My body doesn’t have the slightest idea of what time it is, or even what time zone it’s in, so it doesn’t know if it’s hungry or not. Let’s just eat and see what happens.”

We enjoyed our dinner, and more so, enjoyed getting snippets about her trip. Snippets, that is, between me running off to lift 3-year-old Cole from the play house which he has discovered he can climb into, but has not yet mastered getting out of. And I had to move quickly because a headfirst dive was not out of the question. 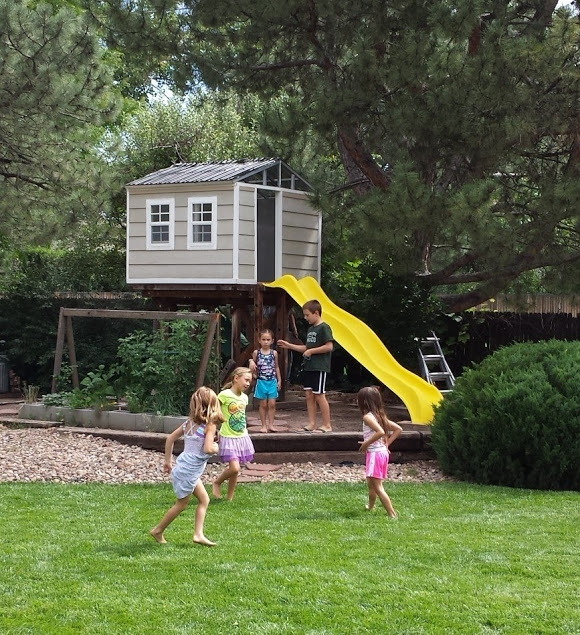 But anyone who knows her, knows that Bec is nothing if not a trooper. So as the hours passed and Court and Alyx had not yet appeared, she helped entertain her great nieces and great nephew….. 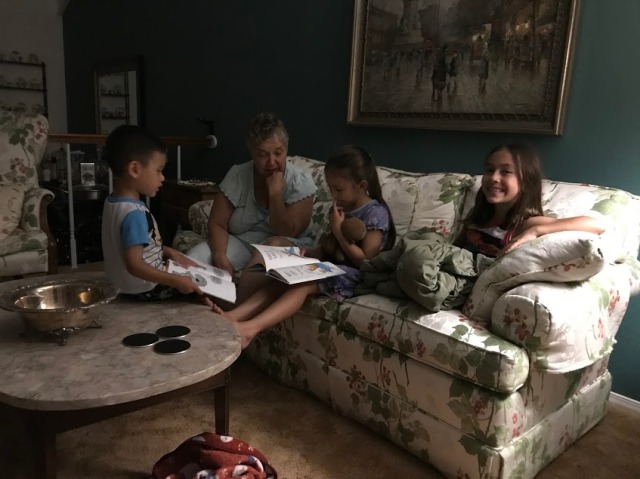 When their parents finally showed up, they had their own story to tell. They had, indeed, gone to the theater where the movie was to be played. The 7 o’clock movie time came and went. It was announced that the film operators (who these days are undoubtedly 13-year-old computer geeks) couldn’t get the film to play. After 45 minutes of trying, they showed Terminators 2 3D instead of Wonder Woman, apparently thinking that offering a 3D movie would make up for making movie goers wait 45 minutes.

All was well at the end of the day. The kids were carried to the car a little past 10, and seemed no worse for wear. (Cole had fallen sound asleep on the living room floor and when his dad lifted him up, he was like a life-sized Raggedy Andy doll.) Bec finally fell into her bed around 10:30, though her body didn’t really know what time it was.

Bec’s China trip will be a guest post soon…. 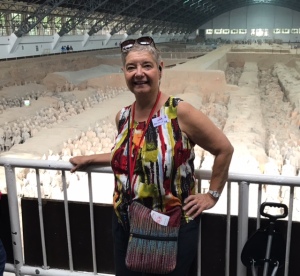 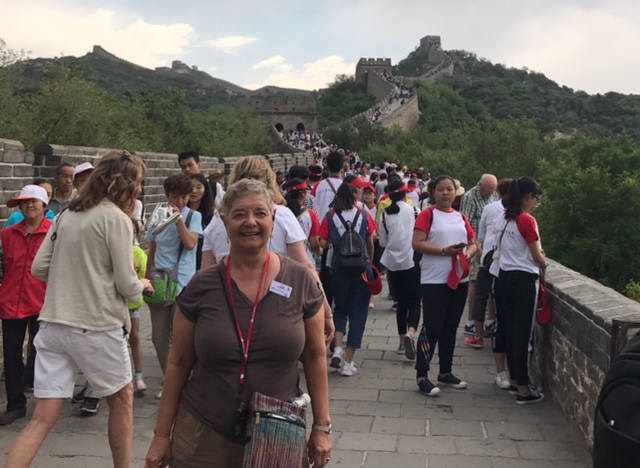 …. but in the meantime, we need to get her body convinced that it is back in the good ol’ U.S. of A.