The other day, the most unexpected words came out of Bill’s mouth. So unexpected, in fact, that if you ask me to list as many unlikely things he might say that I could think of, these words would not have been among them. Not even if I’d listed 10,000 things.

What were the words? Kris, do we have any cake pans. 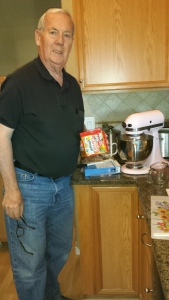 Actually, that’s not really true. Those weren’t the words that surprised me. After all, this is a man who used my bread knife to cut up a sofa so he could fit it into the outdoor garbage can. He might want to know if we had cake pans so that he could dump used motor oil into them.

No, it was the words that followed that took me by surprise. I am going to bake a cake and make homemade fondant icing to decorate it. 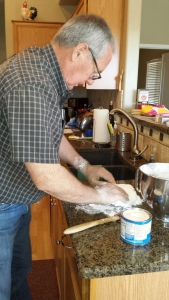 Hobby Lobby. Nope, he wanted to make it himself.

As hard as I think (and I have spent an extraordinary amount of time pondering this the past few days, I can’t begin to understand what generated this idea in the man’s mind. I asked him.

I want to bake Bec a birthday cake.

Well, I talked him out of that because the outcome was so unpredictable.

Why not make a cake for the Super Bowl, I suggested. And so his journey has begun. Super Bowl 50. Homemade-Cake-With-Fondant-By-Bill One.

Does your Kitchenaide have a dough hook, he asked? Someone said the icing is easier to work if you use a stand mixer with a dough hook. Yes, that I have.

Do we have a rolling pin? One that is completely flat so my fondant can be smooth? Nope. I have a knibble. You know, those long thin wooden ones. My dad called them knibbles.  Don’t ask.

Shortly after announcing his intention to create a culinary masterpiece, he made his fondant out of marshmallows and confectioners sugar…… 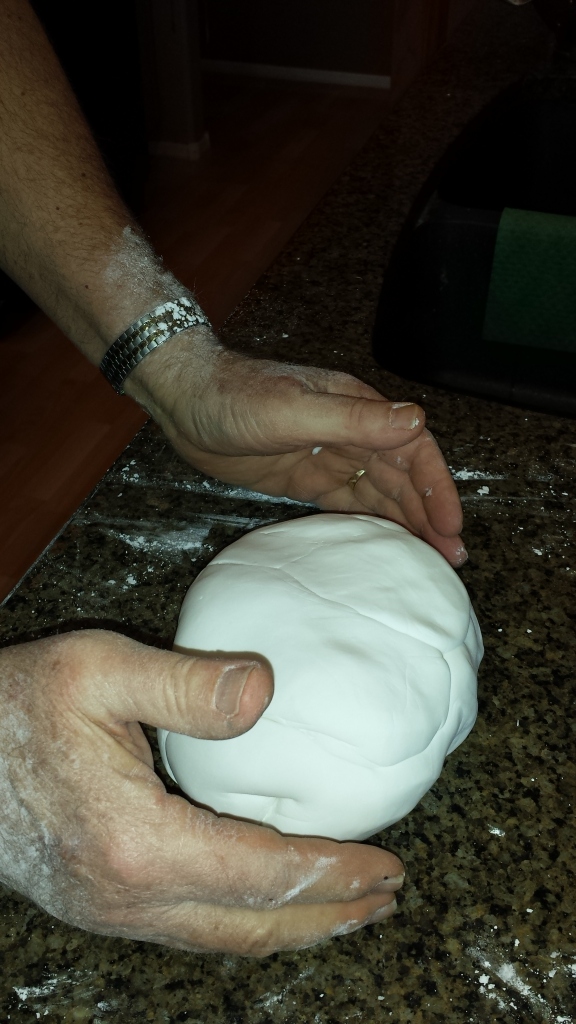 He has spent the past few days patiently creating the Broncos’ logo out of that fondant…..

When I got home from doing errands yesterday, he cheerfully said, “Let’s bake the cake.”

So he brought out the Kitchenaide, prepared the batter, added the orange food coloring, poured the batter into pans and baked the cake layers……

Once the cake is completed, I will post pictures. In the meantime, I’m going to give Food Network a call. I’m pretty sure he can get onto Cake Wars.