Erin go Bragh
I am preparing corned beef and cabbage this evening rather than tomorrow for several reasons. The first is that I’m not Irish, so I can make my corned beef whenever I darn well please; second, it works better for some of the people who will be seated at my table; third, St. Patrick’s Day is on Friday when Catholics abstain from meat, so Jen and I elected to make the meal on Thursday. Of course, the Phoenix archdiocese announced last Sunday that the no-meat restriction was being lifted for St. Patrick’s Day. I find that funny, but I won’t argue because we don’t have to try to fight the Catholic masses in our effort to find good fish-and-chips, at least for one Friday in Lent. 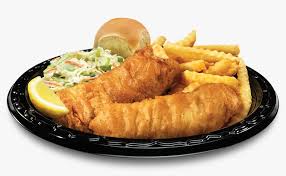 And just what do I mean by that last statement? Culver’s offers really, really good fried fish in the form of sandwiches and fish-and-chips. They proclaim – via television commercials – to fly the cod in fresh and bread it themselves right in the store. I have no reason to doubt that Culver employees’ mornings are spent breading fish. All I will tell you is that I believe that every single Catholic in the East Valley over the age of 55 was at our nearby Culver’s last Friday evening. Bill and I arrived early — around 4:30 — and the line to order was out the door. I sent Bill on a futile search for a table while I stood in line. He came back about the time I was getting ready to order and proclaimed not a table to be had. So I ordered our food to go, sad that it would only be marginally warm by time we rolled into our garage, but what’s a Catholic to do? As we were waiting for our food, a table right near where I was standing opened up, and I shot myself like a cannonball into the seat. (The 98-year-old woman that I knocked out of the way got up from the floor almost entirely by herself.) I told Bill that because our order was to-go, he would need to wait for our number to be called. Now here’s where my proclivity for exaggeration is coming to bite me, because you won’t believe what I’m telling you. Bill waited a full 30 minutes to get our order. While he waited up front, senior citizens continued to troll around the store like sharks looking for dinner. The most wonderful thing about this story is that once Bill came to our table with the food (which was piping hot!), he wasn’t a bit crabby. He had spent the entire time chatting it up with another NASCAR fan, and they discussed the upcoming race. My husband has a patient temperament in many ways.

Customer Serviceless
I’m not anti-Walmart; I’m really not. Their prices are lower than other supermarkets and that alone makes me go there once in a while for one thing or another. Yesterday Bill needed some kind of gardening item, and since I needed a few things for tonight’s meal, I decided I might as well pick them up while he did his shopping. One of the things I needed was horseradish, and I find that to be one of the items I have trouble finding in stores, particularly the kind that needs to be refrigerated. So, there was a young man stocking shelves, and I politely asked him where I could find horseradish. He gave me such a blank stare — and for so long — that I wondered if I had inadvertently spoken in German.  That seemed unlikely, however, since I don’t speak German. He sent me on a wild goose chase because he, of course, not only didn’t know where the horseradish was, but didn’t have the slightest idea WHAT it was. Good thing I didn’t ask him for braunschweiger.

Sprechen Sie Deutsch?
And my last comment about not speaking German reminds me of something that happened when Bill and I were on our big European Adventure back in 2008. We were in Germany having lunch, and I needed to use a bathroom. I had taken four years of high school German, but I can’t say I ever really learned the language. Nevertheless, I decided to try speaking German to the food server. “Wo is das badezimmer?” I asked the startled woman. She looked at me with puzzlement, so I repeated my question. Finally, she said to me in PERFECT ENGLISH, “Are you looking for the toilette? It’s right back there.” Now then, a few weeks ago, Bill and Bec and I went to a German restaurant here in Mesa, and while waiting for a table, we sat at the bar. Seated next to me was a very nice woman who was from Germany but lives now in AZ. We got to talking, and I related my story to her. She laughed, and explained that what I had actually asked the woman was, “Where is a place to take a bath?” Ah ha. That explains the German waitress’s puzzlement.