Hold me in your arms dear – dream with me,
Cradled by your kisses – tenderly,
While a choir of angels – from above
Sing our melody of love. – H. Englemann/T. Glazer, sung by Frank Sinatra

Bill and I ate lunch yesterday at Oregano’s, his favorite pizza place here in AZ. The next best pizza to Fox’s, according to the Chicago native who is my husband. Could be. Anyway, though there are a number of Oregano’s restaurants around the city, every single one of them is busy all of the time. That’s okay. It’s worth the wait.

Busy often equates to noisy, and as we age, noise becomes a bit more of a problem. But neither too many customers nor noise were a problem yesterday, mostly because we got there when they first opened. When they unlocked the door, our noses were pressed up against it so that we nearly fell in. Not really, but frankly, it was almost that bad. The pizza ovens hadn’t even gotten hot.

We were led to a table (and let me assure you that there were a few other 60- and 70-somethings already seated), and the server took our order – a 12-inch sausage pizza, a big salad, and two diet Pepsi’s. Because what else?

Oregano’s has a schtick, and it’s part of the fun. Overhead on small-screen black and white televisions they are always playing either some sort of old romantic musical featuring a 20-year-old Frank Sinatra, an episode of The Lone Ranger, or an episode of The Adventures of Ozzie and Harriet. But the televisions are on mute, because overhead from the speakers come the sounds of Frank Sinatra or Dean Martin or Perry Como or Rosemary Clooney.

Right near our table sat a huge radio, the kind that folks listened to before RCA televisions began making their appearances in American homes…..

Bill reminisced about how he listened to the radio before they got a TV, though he admitted that mostly he was interested in playing outside with his friends.

That made me start thinking about the radio that sat on my mom’s kitchen counter when I grew up in Columbus. As she would prepare meals, or sweep the kitchen floor, or put groceries away, or dust the living room tables, she always had the radio turned on, tuned to KFAB radio out of Omaha. And she listened to music from the likes of Dinah Shore and Peggy Lee and Nat King Cole and Tony Bennett and Doris Day and Eydie Gorme and Robert Goulet. And later in the 50s, maybe Bobby Vinton or Connie Stevens.

I don’t recall whether or not she sang along to the tunes. But what I do know is that somehow all of those lyrics from all of those songs that were playing in the background as I ran in and out of the house, or maybe as I did my chores, have stuck in my head all of these years. That’s likely why I have all of those lyrics in my head, even when I can’t remember where I put my purse.

Blue moon,
You saw me standing alone
Without a dream in my heart
Without a love of my own.
Blue moon,
You knew just what I was there for
You heard me saying a prayer for
Someone I really could care for.

I’m afraid I remember more song lyrics than answers to my Baltimore Catechism questions. But that’s okay, because they simply don’t write lyrics like those anymore.

Wednesday Edition
I’m doing my Thoughts on Wednesday instead of Thursday, because on Thursday we’ll be on the road and I will be featuring a guest blog.

Rassling a Bear
Jll is traveling with her mother and sister, and will be gone for something in the neighborhood of two weeks. As a result, Dave is playing both Mr. Mom and Mr. Dad, and they have enlisted the help of the grandparents. Since we left this morning to head to AZ for a few weeks, I have helped out on the early end of the trip, at least for a couple of days. As such, I have gotten a sense of just how busy their schedules are. Girl scouts for Maggie Faith, Lego Robotics for Dagny. Don’t forget to make sure they have packed necessary lunches and snacks. Don’t forget Dagny’s saxophone for band practice. Addie and Alastair have their share of activities as well (volleyball, play practice, soccer games), but they are independent enough to mostly take care of themselves. Yesterday morning after Alastair and Addie had left for school, I sent Dagny and Maggie upstairs to get dressed, comb their hair, and brush their teeth. It all happened, but at one point it sounded like they were wrestling a bear. Thumps and screams, laughter and whines. But I got them in my yellow bug and safely to school on time.

Not on My Watch
One thing I’m always afraid of is that one of the grands will get injured under my care. So when I answered my telephone yesterday afternoon and it was from the Dagny and Maggie’s school, my heart sank. What now? Thankfully, it was not anything too serious. Dagny (and of course it would be Dagny) was walking home from a field trip she took with her class to the nearby high school. A group of her friends stopped at our neighborhood park to unearth a wrist watch that one of the girls had buried a month earlier. You can’t make this stuff up when it comes to 10-year-olds. Anyway, Dagny was pitching in, and forgetting that she was under playground equipment, stood up and jammed her head into something sharp. It apparently bled a bit (hence, the telephone call), but by time I got there, it had stopped bleeding and it was easy to see that it wasn’t a serious cut. Still, it warranted getting out of school 45 minutes early and being the first to sample Nana’s homemade chocolate chip cookies.

The Clampetts
When we got to AZ at this point, we drive Bill’s car. We leave it there, and fly home for the holidays. Since we leave the car there, this is the time for us to pack the car up with all of the oversized things that we deem necessary for the winter. It also requires us to plan ahead in the way of clothes. We are pretty much done with summer clothes here in Colorado, so we both pack our lightweight clothes and take them with us, leaving them there when we return home in November. The whole process requires us to think ahead. For example, Bill needs to remember things like tax information and anything he might need for legal work that comes up while we are there. As I always remind myself, as long as we have our necessities like medications, there’s nothing we can’t buy there. Now I’ve jinxed myself and we’ll forget our meds. 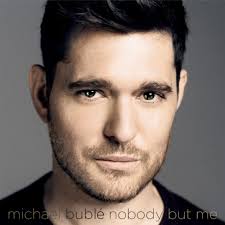 I just purchased the newest release from crooner Michael Buble – Nobody But Me. Man oh man, do I ever love every single song on that album (can you still call them albums?). I think his voice is amazing, and I really like when he sings some of the old “Rat Pack” type songs. In fact, I like his version of On an Evening in Roma even more than Dean Martin’s, and that’s saying a lot. He performs one song with one of my favorite newer artists – Meghan Trainor – and it’s also exceptionally good. I’m getting no kickback from ol’ Michael for this pitch, but I can’t recommend the album strongly enough. Great music. You’re welcome, Mr. Buble.