I was fairly untraveled as a child and even as a young adult. Though my family took a vacation each year, we almost always went to Colorado, and mostly to Estes Park. I wouldn’t change a thing about our vacations, but suffice it to say that I was close to 20 before I ever boarded an airplane.

Back in those days, flyers dressed up for the trip, wearing a good dress or suit. The idea of blue jeans or – heaven forbid – sweat pants on a flight was absolutely unthinkable. Flight attendants – aw, heck, we can call them stewardesses because they were absolutely always young women — wore business attire, shoes with modest heels, and hats.

I remember being about 21 or 22 years old, and yearning to visit exactly three places before I died. Today we would call them my bucket list. So my bucket list cities were New York City, San Francisco, and New Orleans.

But our recent Mardis Gras party got me thinking about New Orleans, and recalling all of my visits to that interesting city. And it was the first of my three dream bucket list cities that I was able to visit. I traveled with a woman I scarcely knew, familiar with her only because she taught my brother and sister at Leadville High School. Her name was Lily, and despite the fact that I traveled 1,300 miles with her and lived in the same hotel room for probably close to a week, I recall very little else about her. Isn’t that funny? But what I do recall is that she wasn’t an ax murderer (as evidenced by the fact that I didn’t get hacked to pieces) and we had a good time together. And then never did a single thing together again. 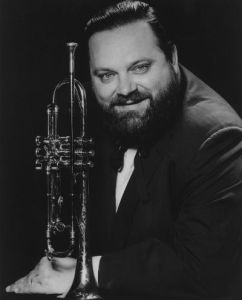 We didn’t have a lot of money, so I’m certain we didn’t go to any fancy restaurants, though I’m afraid I also couldn’t tell you what restaurants we did visit. I remember that we went to Café du Monde and had beignets and café au lait and stayed in a nice hotel near the action. Other than that, the single thing I remember is that we went to a jazz show in the French Quarter and watched musician Al Hirt play from front row seats. Non-vocal jazz never really being a favorite musical genre of mine, I’m sure I must have heard of him from my dad. At the end of the show, he came down from the stage and shook the hands of a few people, INCLUDING MINE. Having not met many famous people at that time in my life, I was thrilled.

The other two times that I have visited New Orleans, Bill has been my traveling companion. The first time he and I visited, I remember being conned by an expert con artist, who bet me $10 that he could tell me where I got my shoes, and I bit. The answer, of course, was on my feet. Lesson learned.

During that trip we dined at Commander’s Palace, where Bill ate what to this day he proclaims was the best dessert he’s ever eaten (and the man knows desserts) – Commander’s Bread Pudding Souffle. We also tried Muffuletta sandwiches at Central Grocery, where they were created. Muffulettas are sandwiches made from salami, ham, mortadella, cheese and a delicious olive spread.

And, of course, beignets at Café du Monde.

The second time we visited, we ate brunch at Commander’s Palace, where we ate what I would call the best dessert I’ve ever eaten – Bananas Foster. Oh my.

But just as my primary memory of my first visit to New Orleans is seeing Al Hirt, my primary memory of that visit is ducking into a hole-in-the-wall place where we had the most delicious oysters on the half shell that I have ever eaten. The guy shucking the oysters was like a caricature of a guy shucking oysters. He had been a so-called cut man for boxers in his younger days, and as he told Bill story after story, he kept shucking oysters. He shucked way more than the dozen we had ordered, but didn’t charge us a penny more.

I’m happy to say that I’ve been to all three of the cities that I dreamed of as a young woman. Interestingly, though I enjoyed them all, out of the three, I would say that only New York City is someplace I could return to again and again, and have. I enjoyed San Francisco and certainly found New Orleans interesting and the food amazing, but neither are places that I yearn to revisit.

The sound you just heard is that of my sister Bec fainting.

But as a nod to New Orleans, here is the recipe for the Hot Crab Dip that I contributed to Sunday’s festivities….. 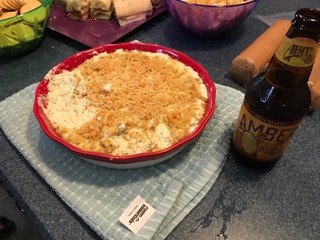 Heat the olive oil in a small skillet over medium heat. Add the onions, peppers, garlic, 1 t. salt, and Cajun seasoning. Cook, stirring, until vegetables are soft, 5 or 6 minutes. Remove from heat and set aside.

In the bowl of a food processor or blender, combine the cream cheese, mayo, parsley, green onions, lemon juice, and remaining salt. Process until smooth. Transfer to a bowl.  Fold in vegetables and crabmeat and place in an oven-safe dish.

Mix cracker crumbs with butter, and spread on top of the dip. Bake for 30 minutes, or until crackers are browned.