Can’t Blame it On Morphine Brain
I’m sorry to any of you who tuned in looking for a book review. I’m changing it up today. It’s not that I’m feeling stuck in a book rut. It’s not that I don’t have many, many books that I could review. The fact is, I realized yesterday afternoon that I was a day behind. That is why I didn’t post my Thursday Thoughts yesterday; you see, I thought it was Wednesday. It wasn’t until late yesterday afternoon that I realized it was Thursday, and had been all day. That realization didn’t occur until I had already spent 45 minutes writing my Thursday Thoughts with the intention of posting it today. I simply didn’t have it in me to start over, so Thursday Thoughts have become Friday Thoughts. Since I haven’t had a drop of morphine since I left the hospital, I guess I just have to attribute it all to senility!

Pay Up
It’s bad enough that you have to go in the hospital, but then the bills start coming in. Time to pay the piper. I spent much of yesterday afternoon trying to figure out which bills were from my most recent hospital visit here in AZ and which bills were from my stop in the Emergency Room in Denver this past December. The claim forms are confusing and oftentimes (though not always), the folks in the insurance claims department are not a lot of help. For example, I received a notice of authorization from my insurance company for my recent hospital inpatient visit. The authorization form noted that I was the patient (check), Banner Baywood was the hospital (check), and a Cynthia White, M.D. was the provider (huh?). Though I was under the influence of pain meds while in the hospital, I was certain that I had never seen a Dr. Cynthia White. The reason for my certainty was that I never saw a woman physician from the time I walked in the ER until I left the hospital two days later. It wouldn’t have been so bad except for the fact that she is not a participating physician in my insurance plan, and the notice warned me that I might have to pay more for her services. So I called my insurance agency and told the customer service representative my situation. “Not only did I not select Dr. White,” I said, “but I don’t even know who she is.” The representative thought for a moment, and finally responded — dead seriously, “I’m really sorry; I don’t know who she is either.” It might take a few phone calls….

Clean Up
To escape having to think about hospital bills, I decided to do a bit of clean-up on my computer. Specifically, I went into my photo file and began throwing away photos of things I didn’t recognize or didn’t have any reason to keep. One of the photos that I came across was of an afghan that has lived in my cedar chest at home since 1972….. 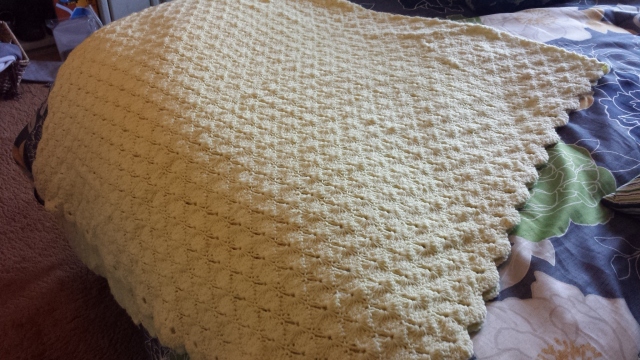 It was crocheted with loving hands by my grandmother for my high school graduation. I clearly remember her saying that she made it for me because she always thought of yellow as “my” color. That afghan was immediately special to me, so special that I put it in my cedar chest to keep it clean. Every once in a while I take it out and tell myself that I should use it or display it in some way because it’s so pretty. Yet, it continues to live in my cedar chest. Maybe I should get a wooden quilt holder and display it in one of our bedrooms. Any other ideas?

Sweet Tart
We fell in love with the sweet/tart lemon liquor the first time we visited Italy. Bill and I sat out on the patio of a restaurant on the Piazza Navona in Rome. We finished our dinner, and to our surprise, the server brought out tiny frosted glasses containing a bright yellow liquor. It was hot outside, and perhaps that was why the limoncello (with which we were wholly unfamiliar) tasted so amazing. Or maybe it was because we were sitting on a piazza in Rome. Anyway, it is one of my favorite summer liquors. I am currently reading a novel that takes place on an island near Sicily in Italy. The island residents are constantly drinking limoncello, arangcello (orange), and limettacello (lime), making me want to sip along with them each time it’s mentioned. So day before yesterday, I stopped at one of the many stores in east Mesa that sell freshly-picked citrus fruit, and bought several lemons. Yesterday morning I carefully peeled the skin from the lemons, put them in a jar, and covered the peels with vodka. In a week or so, I will add a simple syrup to the mixture and let it sit for another day. Then I will filter the resulting beverage from the peels, give it a chance to chill overnight, and drink homemade limoncello on my own patio. Yum….. 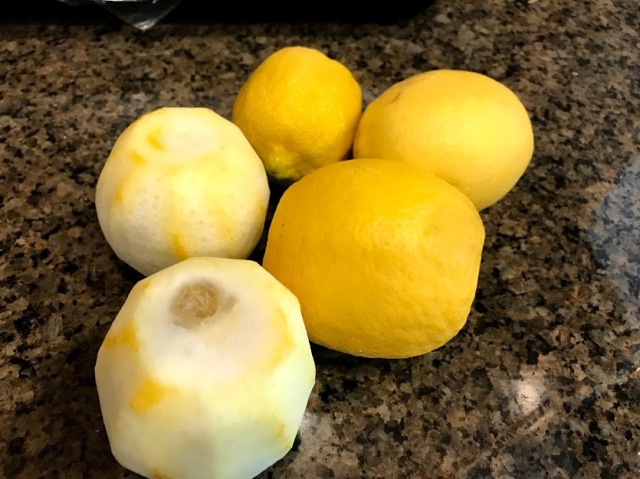