Because I spent my weekend having fun with my visiting brother and sister-in-law, today’s post is a re-post. It originally ran on October 18, 2016. It makes reference to our leaving for AZ, but we are definitely NOT leaving for AZ any time soon. COVID-19, donchaknow!

The falling leaves drift by my window
The falling leaves of red and gold
I see your lips the summer kisses
The sunburned hands I used to hold
Since you went away the days grow long
And soon I’ll hear old winter’s song
But I miss you most of all my darling
When autumn leaves start to fall. – Johnny Mercer

Neither Bill nor I are fans of cold weather. He grew up in Chicago, and I grew up in eastern/central Nebraska, and we both have spent the majority of our lives in Colorado, so it’s not like we aren’t used to wearing snow boots that track the snow into the house, and knit hats that flatten your hair, and heavy gloves that make you incredibly clumsy. But it doesn’t mean we have to like it.

And we don’t. That is why we own a house in Mesa, AZ; it’s someplace to go when the snow begins to fly.

Having said that, I really do love the fall days in Colorado. And I love them even more because, despite the fact that the changing leaves are a precursor for the inevitable snow, I can thumb my nose at it. We leave next week for Arizona. Let the snow fly.

This year, unfortunately, I don’t see us getting up to Rocky Mountain National Park to listen to the elk bugle. That makes me sad because it’s one of my very favorite things to do. For a variety of reasons, we can’t make that work this year. Nor have we been able to find time for even a drive in the mountains to look at the changing aspens. That bright gold against the evergreen trees, both juxtapositioned against the blue of the sky, says autumn to me.

But it hasn’t mattered because the trees here in Denver have been absolutely splendid. Magnificent. A gift from God.

I have never properly seen the changing leaves in New England. One year, when I was still getting paid to write, I attended a conference in Boston in October. Bill accompanied me as the guest spouse as he often did. After the completion of the conference, he and I took a week-long drive to see the changing leaves for which the region was famous. Only they weren’t. Changing, that is. I frankly can’t remember if we were too early or too late, but it doesn’t matter. There were the trees, either still bearing their green leaves or standing naked. But not red and orange. We drove through Rhode Island and Delaware and Vermont and Maine and Connecticut, and the trees simply didn’t cooperate. Not a red maple leaf to be found.

I’m sure New England’s colors are magnificent, but frankly, the colors in Colorado this year have been incredible, even without a trip into the mountains. The parks have ash trees and maple trees and oak trees and honey locusts, all proudly displaying their colors. The scrub oak are getting into the action as they turn to rust. I have made it a point to get out and enjoy the colors, and here are some of what I’ve seen……. 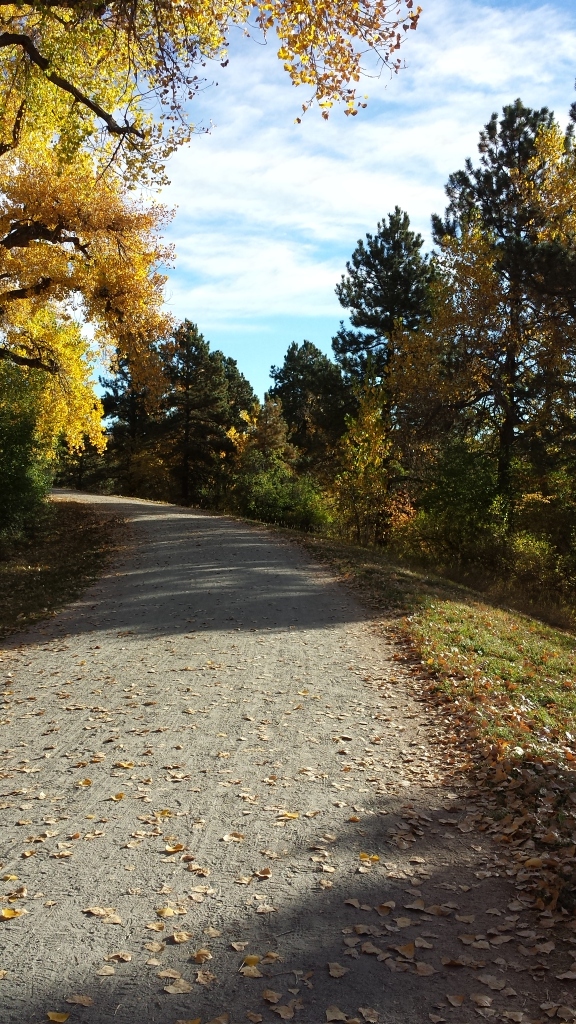 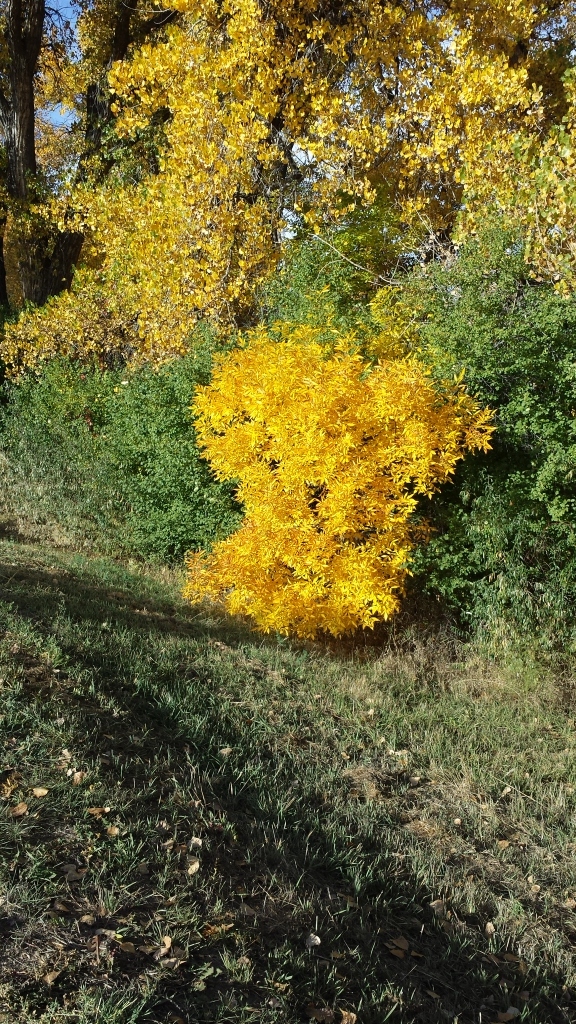 I know these photos look like I’ve been in the mountains, but all of the photos were taken smack dab in the middle of Denver at urban parks. Aren’t I lucky?

Jen reminded me recently that when she and Bill and I first bought the house in Arizona, Bill and I would leave late in September and spend nearly all of October in Arizona. She told me she always was sad that I was missing the pretty colors. October is the nicest month of the year, she proclaims.

And I think she’s right. By time Bill and I return to Denver for the holidays, the trees will be bare and snow will have fallen. In fact, despite our attempts to live a snowless life, we always get a snowstorm or two sometime between Thanksgiving and Christmas Day, when we leave again to spend the rest of the winter in AZ. That’s okay. It reminds us of our youth.

Plus, now we have grandkids to do the shoveling!

One thought on “The Falling Leaves, Redux”