Using Up Words
My daughter-in-law Jll told me recently that our 15-year-grandson Alastair appears to have a limited number of words he will say in a day. It has something to do with having three sisters and listening to them talk. Once he reaches the maximum word usage, it is tough to get anything more out of him. She’s joking, of course, but he does appear to get weary of talking/listening. Last night we invited him over for dinner since his mom and sisters are in Bozeman and his dad was not home either. I texted Jll and told her that he was coming to dinner, and that I hoped that he hadn’t used up his word limit by the 6 p.m. dinner bell. She texted back that she talked to him on the phone earlier and she only got about seven words out of him. You might be in luck, she said. Apparently we were, because he told us all about his three-week Colorado camping trip, and that took a fair number of words.

Harvest
When we got back to Denver on Monday, I went out to check my plants. Between Addie and her boyfriend Trent, they did a dandy job of watering my vegetables. In fact, my tomato plant was plumb FULL of ripe red tomatoes. We have been eating them with every meal since….. 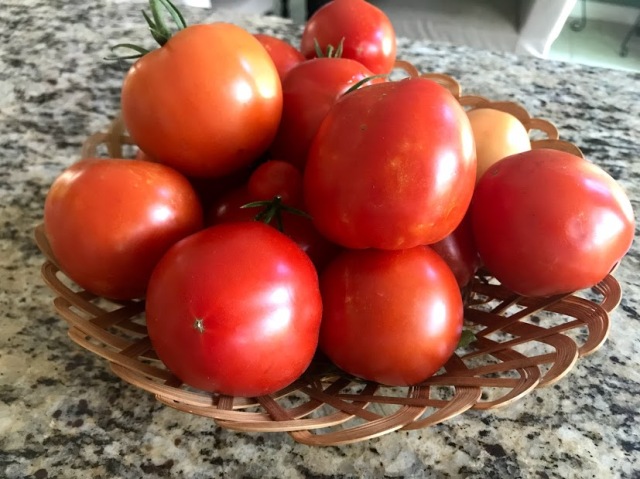 Icy Water
The day that some of us went into Yellowstone Park and the rest went fly fishing on the Yellowstone River was kind of overcast, and even had little bits of rain. By late afternoon, however, the temperature had risen and after we watched the boat dock, Dagny and Maggie Faith were ready for a swim. And as far as they were concerned, when there’s a river, you can swim. Even if it’s icy cold. And even if you don’t have a swim suit. Regular clothes will do. They had a blast, and it was all we could do to talk them into getting into the car afterwards….. 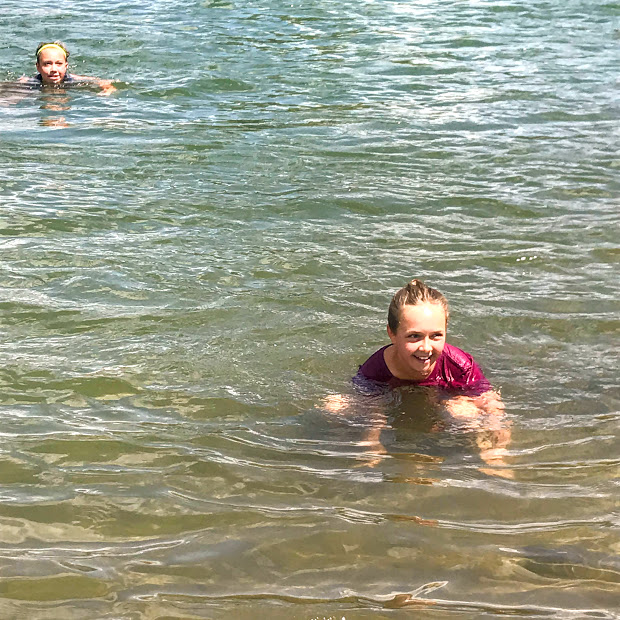 What’s For Supper?
Montana has what they call supper clubs sprinkled around the countryside. Usually located in small communities, they offer delicious steaks, walleye fish, and other delicious food, topped off with a full bar. Julie took us to one called Land of Magic, about 40 minutes from her house. My ribeye steak and icy cold martini tasted delicious. Simple and yummy food, with all of the cowboy decorations you could ever want…..