I don’t have a bucket list. In fact, nobody had a bucket list before 2007 when the movie The Bucket List starring Jack Nicholson and Morgan Freeman was released. Suddenly everybody has a bucket list.

But not me, because most of the things I would put on a bucket list are things I will never do in a million years. I might offhandedly say, “Wait, what? You’re going to safari in Africa? That’s on my bucket list.” The truth, however, is that I will never go to Africa. I’m not saying that with any kind of sadness; however, the way my life has laid itself out almost certainly precludes a trip to Africa.

Late last year, I watched a series on PBS about the development of country music. One of the episodes featured in the series focused on bluegrass music. I love bluegrass music. In that episode, they showed a number of people — mostly women — playing the dulcimer. I believe I said out loud to myself, “Learning to play the mountain dulcimer is on my bucket list.” 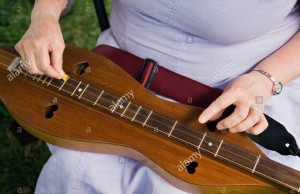 Learning to play the dulcimer, my friends, is another thing that I can’t actually put on a bucket list. I will never learn to play the mountain dulcimer, for a number of reasons. When I looked up dulcimer on Wikipedia, it described it as a fretted string instrument of the zither family. Well, I had no idea what the zither family is, so I looked that up on Wikipedia. According to Wikipedia, the word zither has historically been applied to any instrument of the cittern family.

At that point, I stopped. I didn’t bother to investigate what in the hell the cittern family is. Especially when I read that the word guitar is derived from the word cittern. Huh?

Not knowing where to even find a mountain dulcimer, or someone who provides dulcimer lessons, sealed the deal. I will have to be satisfied with five years of piano lessons. I don’t think the piano is in either the cittern or the zither family.

Another activity that I believe I have thought might be on my bucket list is learning to water ski. Let’s analyze this bucket list item. I can’t swim. I can’t even tread water. My niece Jessie told me that her dog EDI can’t swim. Seriously, I thought all dogs could instinctively swim. Not EDI. Jessie says EDI isn’t buoyant and promptly sinks. EDI and I have that in common. I, too, promptly sink. It isn’t that people haven’t tried to convince me to learn to swim. Many have, and many have failed. I’m not buoyant.

Nevertheless, I think it would be fun to water ski. I tried once, when I was in high school. We had a cabin on a lake, and our neighbors had a speed boat. They spent weekends water skiing. One Sunday, they asked me if I wanted to learn to water ski. Inexplicably, I said yes. Even more inexplicably, my parents — both who knew I couldn’t swim — said, “Great idea! Have at it.”

The neighbors put a life jacket on me, dropped me in the water on a pair of water skis, and took off. It should come as no surprise that I fell within seconds. Unexpectedly, however, the life jacket slipped off of me immediately, and I began to sink, just like EDI. Thank you to God, who gave me the good sense to grab onto a ski which held me up until the neighbors swung around and picked me up.

“Want to try again?” they asked cheerfully. Oh. Hell. No. Mom and Dad didn’t even get up from their lawn chairs.

Perhaps if I ever decide to have a bucket list, it should contain activities at which I might actually succeed. Making the best whiskey sour. Baking the perfect loaf of bread. Making a lasagna without looking at a recipe.

It’s all a matter of perspective.

One thought on “Kick the Bucket”