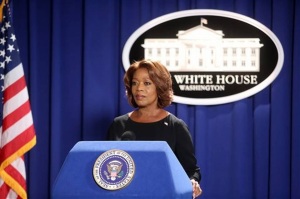 For most of my grown-up working life I was a professional communicator of some sort. I was a reporter, I wrote and produced newsletters, I was a media spokesperson, and so forth. But there was never any doubt that the aspect of my job that I liked the best was that of legislative liaison.

For one thing, I was so proud that I could spell the word liaison, with that extra “i” and all.

Anyhoo, in that position, I worked with legislators and their staffs on the local, state, and federal level. As a result of this job description, I traveled to Washington D.C. on numerous occasions and met Colorado’s U.S. Representatives and Senators. I’m not lying when I say I met with the members, as I think I actually met each one who served while I was legislative liaison. However, I must admit to you that I mostly worked with staff members, who (you will not be surprised to learn) actually do all of the research and analysis – the work, really — and are approximately 20 years old. And smart as hell.

I was thrilled to have such an exciting job, and the job came with lots of perks. Great restaurants for entertaining staff, opportunities to hear well-known political analysts speak (yes, it’s true; I’m a nerd), passes to watch the Supreme Court in action (you don’t have to pay, but you do need a pass to get in). Once I was able to sit in on a Senate Committee where I watched Colorado Senator Wayne Allard listen to testimony about, oh, I don’t know, something. The point is I was able to see and do LOTS OF COOL THINGS that most people will never have a chance to see and do.

I recognize how lucky I was.

Having said all of this, I will finally get to the point.

Without a doubt, the coolest thing I did in all of my years as a professional communicator was visit the West Wing of the White House one night after 10 o’clock.

Now, don’t start panicking. I wasn’t one of those people you have been hearing about  who have been leaping over the White House walls and getting so close to the president’s residence that they are tromping on Michelle’s organic vegetables and drinking Gator Ade out of the Obama’s refrigerator.

And since, if you will recall, George and Laura hit the hay by 9 o’clock each night, that meant it was a go by 10 o’clock unless Russia was invading the Ukraine or some such distraction leading to a late bedtime. No entertaining famous Hollywood stars at wild parties during the Bush years.

I had to pass a background check, of course. And then it was a go.

I stood inside the Situation Room where decisions about wars and other military actions have been made for years. I sat in a chair in the conference room where you see the president meeting with his/her staff in all sorts of television programs. The TV show West Wing comes immediately to mind. I wasn’t able to walk into the Oval Office, but I was able to stand in the doorway and look in. I can’t tell you how thrilling that was for me. I walked down the oh-so-familiar portico by the Rose Garden, and the president and Laura’s bedroom window was pointed out to me. The light was still on, my friends, and it was probably 10:30. A wild night for the Bushes.

That photo sits in a frame on my desk, and I look at it often and always feel the same sense of awe that I actually stood where so many famous people have stood. I told you, I’m a nerd.

Recently 6-year-old Kaiya was in my office and caught sight for the first time of that photo. With absolute dead seriousness, she cried out, “Nana, WERE YOU THE PRESIDENT OF THE UNITED STATES?”

Only slightly tempted to say yes, I instead admitted I wasn’t, but that I was standing right where the president stands when she sees him on television.

I guess that is about the height of my status with my grands. It’s downhill from here. I may not have been the president, but I always have Oreos in my cookie jar. 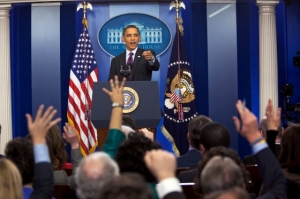 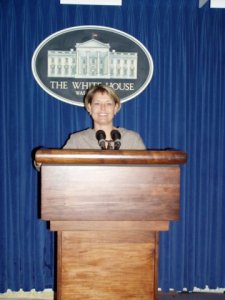