Every time we’ve come to Vermont, I’ve thought to myself, “This is the prettiest place I’ve ever visited.” That’s saying a lot because I’ve not only visited some mighty pretty places in my blessed lifetime, but I live in two of the prettiest states in the United States — Colorado and Arizona.
But seriously? Those maple trees in the autumn? Blazing reds and golds carpet the hills, making them look like they’re on fire. Our timing was perfect because yesterday, as we prepared to return to Denver, we learned that rain was expected later that evening in Vermont, almost certainly destined to knock the remaining leaves off the trees. It’s true that it’s better to be lucky than to be smart…..

Heather and Lauren and the boys had moved into their new home so recently that the lock was barely installed. Bill knew his work was cut out for him when his daughter greeted him with a hug and a power drill. Those who know my husband understand that nothing could have made him happier than a few days with lots of projects. Oh, and his daughter and grandsons. Their new house is located on Pleasantview Street, and it is, indeed, a pleasant view from their front yard….. 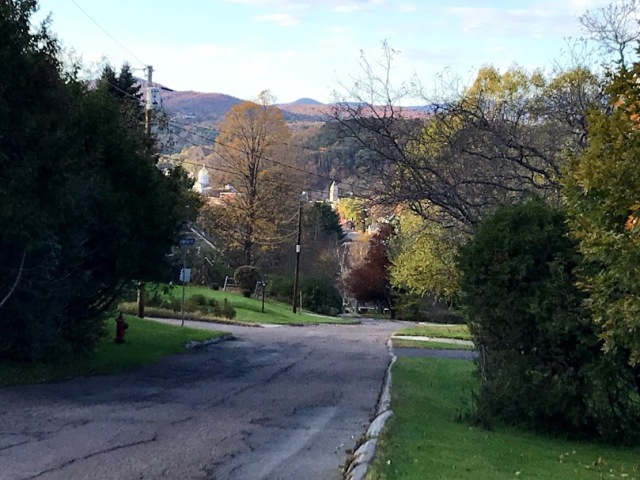 Here’s the thing that’s most remarkable about the Green Mountain State: the people are extraordinarily friendly.
Thanks for your help, and have a nice day. Hey, you’re welcome, and you have a nice day too. Thanks, I will, but I hope yours is even nicer. Thanks for that thought, and I feel the same. Hey, me too.
And so on. It took a while to leave my high strung city stress level behind and slow down to Vermont speed. A-yup. The first indication of Vermonters’ friendliness was at the airport, where seating is on rocking chairs…..

Even the woman behind the counter at literally the worst hotel I’ve ever stayed in was very cheerful and managed to greet us without telling us under her breath to get out while you still can. The thing is, there was no place else to go because we weren’t the only ones who wanted to visit Vermont during peak Indigenous People (formerly known as Columbus Day) weekend. It’s why we were at the worst hotel I’ve ever stayed in in the first place. It’s all too true that the early bird gets the worm. We checked out at the first opportunity and headed to the friendliest hotel I’ve ever stayed in which not only cleaned their rooms, but offered free pop and homegrown Vermont apples, and sent us home with little bottles of VT maple syrup.
While Bill installed lights and fixed cracks and repaired crown molding, I got to visit a cool science museum and have lunch at King Arthur’s Flour factory with our grandsons Joseph and Micah….. 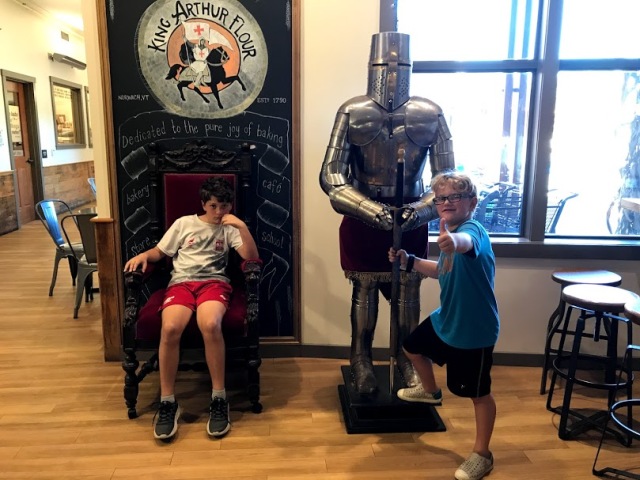 One day I got to watch them each play soccer, which was a special treat….. 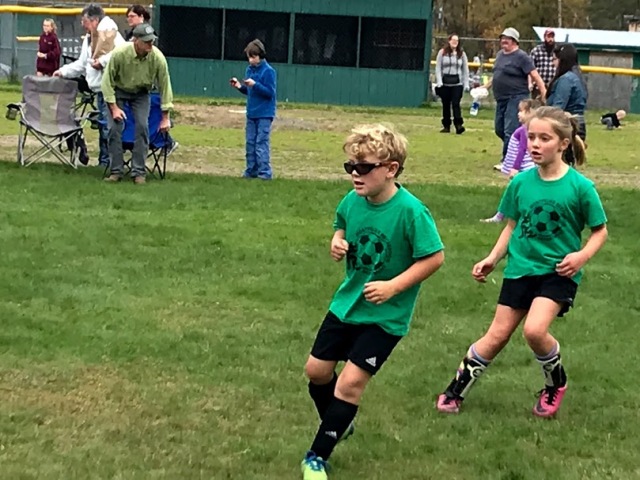 I was also able to see Micah play piano during his regular lesson. Another 20 years and he’ll be a maestro. Twinkle Twinkle Little Star will be a distant memory. However, it’s important to note that he also can do manual labor…..

Our trip even included a visit to Montreal, where we managed to allude drug sniffing dogs at the border and shop in an IKEA store that looked just like the store in Denver except the signs were in French.
We hugged the boys goodbye the night before we left, and they headed off to their newly carpeted bedrooms. Our goodbyes to the boys and to Heather and Lauren were not as sad as usual because in a few short weeks they will be flying to Denver for Thanksgiving.
As much as we enjoyed our time in Vermont, we were both glad to get home to Denver. Nineteen degree temps were history, and we are looking at temps in the 70s for a few days at least.
​
There’s no place like home.