Bill and I live quiet lives. For the most part, our time is spent with grandkids and their parents and a few friends. We are mostly looking at one another’s mugs. Up until this past week, we left Denver for a trip to Estes Park for our wedding anniversary and Fort Collins for the Fourth. Otherwise our trips have pretty much been limited to grocery stores and cigar shops. Guess which one of us did which activity?

I did, however, have one thing to look forward to: months ago, my sister Jen called me to tell me that Michael Bublé was coming to Denver in July. I love me some Michael Bublé, and it was a bucket list item for Jen. Let’s go! we decided. Since Bec’s always game for an adventure, we invited her to make a quick trip to Colorado to join us for a sisters’ weekend.

Our granddaughter Mylee’s birthday is July 16, and her parents decided that her birthday party would be held the Sunday before her birthday. No problem from our end. Michael would be behind us by that point. In fact, I volunteered to make the monkey cupcakes that Mylee had requested since “I’m retired; I have all of the time in the world.”

And then I received an invitation to the Celebration of Life event that my friend Megan’s husband had postponed following her death so that family members from far away could attend. It’s going to be held July 13 the invitation told me. The same day as the concert.

But still no problem. Because there was no reason we couldn’t come to the celebration for a bit when it started at 12:30 p.m. even if it was being held an hour from our house in Fort Lupton. Of course, there were those cupcakes looming.

And then we got word that our cousin Bill had suddenly passed away. Bill was one of Bec’s best friends as well as a cousin. He was my godbrother. His family lived a block from ours in our formative years, so we spent lots of time together. Attending his funeral was a MUST.

When the going gets tough, the tough get going. That’s what they say, and so that’s what we did.

First was Operation Monkey Cupcakes. I made the little fellows in a couple of hours, and, believe it or not, took not a single photo. But you will have to trust me that they were cute. Vanilla wafers for snout and ears, and all that jazz. Into the freezer they went.

Then we picked up Bec from the airport. Instead of flying in on Friday as she had planned, she came a few days early so that we could get into the car the next day and drive seven-and-a-half hours to Columbus, where the funeral was held. As is true of many family funerals, it was a mixture of joy and sadness, the joy being a reunion with a number of cousins who attended from far and near….. 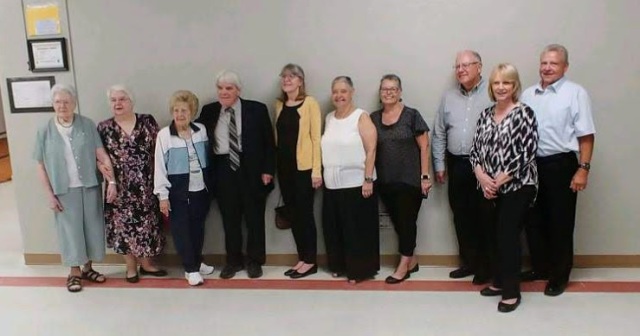 It’s always good to get back to our roots in the Bread Basket of the United States…..

Then it was back in the car where we drove seven-and-a-half hours back to Denver so that we could arrive in time for Megan’s memorial gathering. Later that evening, we enjoyed the concert….. 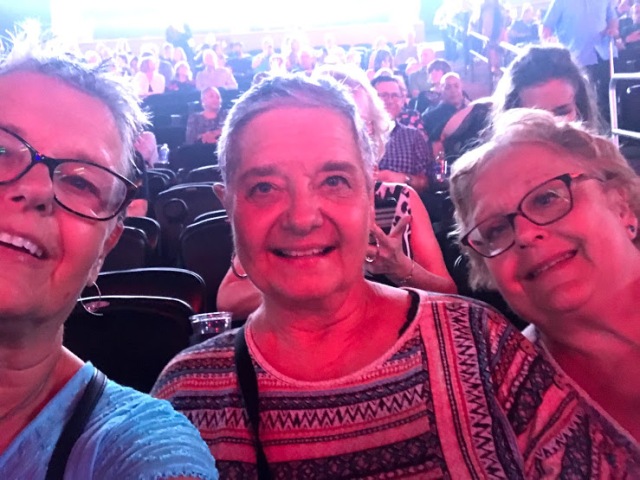 …..and some drinks at a very hip and urban restaurant….. 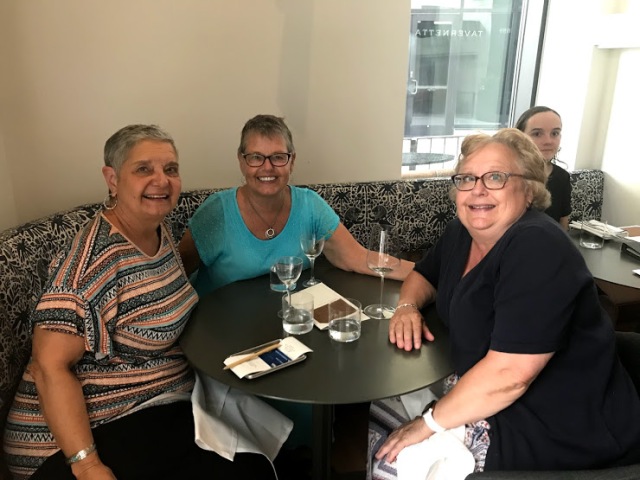 By this time, we were moving slower and slower, but nevertheless, Bec, Bill and I made it to Mylee’s birthday party Sunday afternoon at Jungle Quest. Mylee and Cole challenged themselves on the balance beam….

Kaiya and her dad Court await permission to fly away on the zipline…..

And for the record, Bec and I did the zipline. Thank the good Lord there are no photos. As for Bill, who seems unaware that he has Parkinson’s disease, he kept up with the kids on all the activities without breaking a single bone.

So, I’m not ashamed to say that after I dropped Bec off at the airport yesterday morning, I parked myself in front of the television and turned off my brain.

Now, I have to refrain from complaining about being bored.