Wimpy Followup
I got answers to my questions regarding Medicare. Gosh, it’s nice to have a blog so that I have an entire audience of people to help. Apparently Medicare will bill me quarterly for the money I owe them until such time as I begin to collect Social Security. At that point, they will start taking it directly out of my SS check. As for the flimsy cards which we are not allowed — by law — to laminate, Bec came up with the answer. As always, the answer is Amazon. They sell plastic sleeves designed especially for Medicare cards in packages of six. She has generously agreed to give two of her six cards to Bill and me. Was there really life before Amazon?

And It’s Off….
Rather than drive to our house in AZ, Bill and I decided to ship our car and let Southwest Airlines take us there. We don’t leave until Tuesday, but it was yesterday or never for the car. It left yesterday afternoon and will beat us to AZ. We will pick it up on Wednesday. It’s the gray car…. 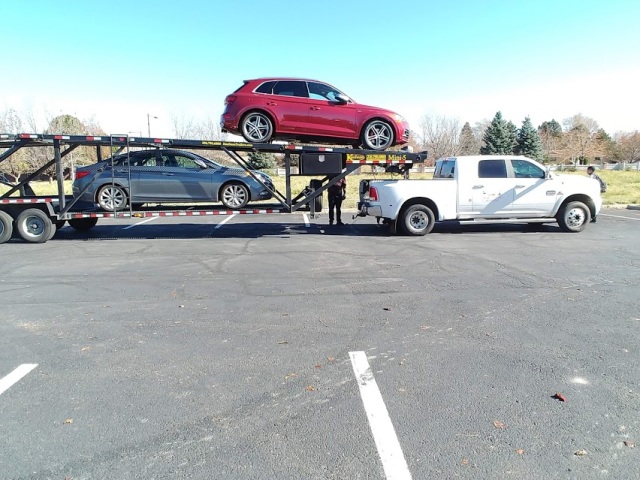 Halloween Celebrations
Many of ourgrandkids frolicked in costume at their school celebrations of All Hallows Eve. Each Halloween, Maggie Faith’s school ends the school day with a parade, followed by the song Thriller blasting from the intercom system while the kids dance. Sadly, I wasn’t able to attend because I wanted a chance to see Kaiya, Mylee, and Cole dressed up for the celebration. Cole’s school doesn’t allow for Halloween; instead, they call it Orange Day, and in lieu of wearing costumes, they wear orange. PC much? Cole wore Broncos orange for his school party, but changed into his dragon costume for Kaiya and Mylee’s parade…..

Weather or Not, Colorado Kids Trick Or Treat
We woke up to snow on the ground and cold temperatures yesterday morning, but by mid-afternoon, I didn’t even need a coat. The kiddies had to dress warm for trick-or-treating, but not like some years when it has been blowing snow and cold.

Pizza Sox
My sister Jen sent me this photo of her grandson Austin and some of his buddies. He was terribly excited about his socks, and who can blame him? Pizza on his socks?…..