Both Bill and I grew up in the Midwest where winters are cold and snowy. You would think, therefore, that we would be used to bone-chilling temperatures and shoveling snow. Alas, we both hate it, Bill even more than I. Hence, a house in AZ. Unfortunately, we didn’t get there soon enough.

A few weeks ago, my sister Jen and I planned our annual trip to Rocky Mountain National Park to listen to the haunting and beautiful sound of the male elks bugling for their mate. Well, MATES, actually, since they don’t seem happy unless they have a whole herd. Greedy little devils. When we made our plans, the sun was shining and the temperature was in the mid-70s.

About a week ago, it became abundantly clear that fall was making itself known, and winter was just around the corner. Our lovely weekend was threatened by the forecast of snow and cold temperatures. I know I’ve been whining for a week now about the cold, but the forecast was for truly COLD temperatures — highs in the teens.

We considered canceling. After all, part of the fun is sitting on the car at dusk and listening to the beautiful mating calls, then returning to the Deercrest Inn, lighting up the firepit, and drinking a cuppa hot chocolate spiked with Fireball whiskey. All of that would be considerably less fun if the temperature was 12 degrees.

We didn’t actually make a final decision until Friday, when the forecasters were telling us that Saturday would be in the 60s, and wouldn’t turn cold until around dusk. Snow, they promised, would soon follow, the amount of which they are always vague. Very vague.

We decided to risk it. With the help of a rental SUV that had solidly good tires and all wheel drive, Bill and I drove to Estes Park, where we met up with Jen. After a quick trip to purchase the essential taffy, we returned to the Deercrest Resort and enjoyed the warm(ish) fall temperatures, with the help of some wine and (as the temperatures began to drop) the firepit….. 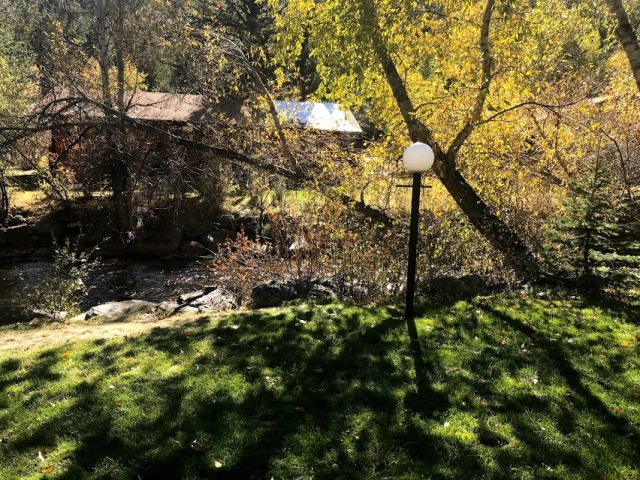 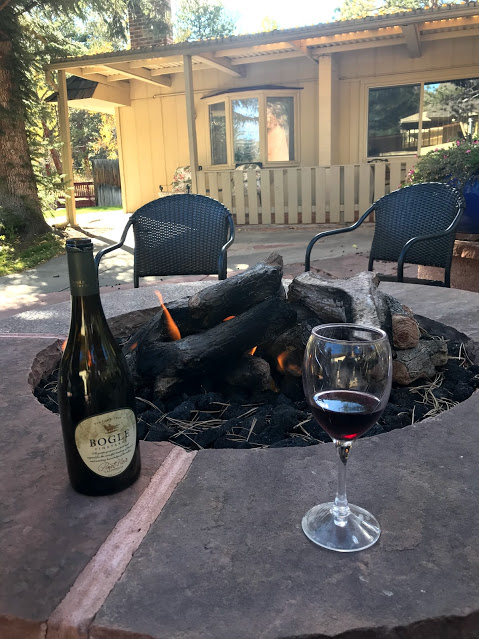 It is never unusual to see a lot of elk this time of year, as they come down from the high mountains to the more clement weather to graze and hook up. This big bull elk was hanging out all by himself at the Deercrest. He was clearly old and fairly crippled, so I think he was glad to get away from the youngsters’ shenanigans and enjoy some peace and quiet. All that bugling and testosterone, doncha know. It wears on one’s nerves…..

We made it into the park and though it took a bit of hunting and the help of a park ranger, we were able to locate a herd of elk. In addition to the mating calls, we were just a few feet away from a battle between two young bull elks….. 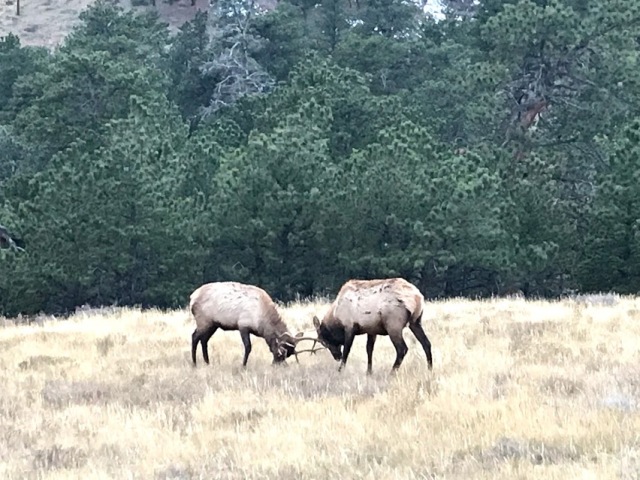 And Sunday morning, we woke up to a temperature of 12 and this…..

We all made it home safely, with another year of elk bugling under our belt. It’s the most wonderful time of the year.

I could live forever without the snow, however.

3 thoughts on “The Most Beautiful Music”