You Could Fry An Egg
We had a nice spring,
It really was swell.
But now that it’s summer
It’s hotter than hell. — famous poet William A. McLain

That famous poet and I stopped at the grocery store yesterday to get a few items. It’s not that we have become one of those retired couples who now shop together, blocking the aisles as they try to decide which deodorant to buy. But we were shopping specifically for pharmaceuticals with which to assist him in breathing since the McLain Dust Bowl is in full force. As we left the store, the heat slapped us in the face like a red-headed stepchild. (No offense to either red-heads or stepchildren. That’s just a saying that Bill pulls out from somewhere once in a while, and it always makes me laugh, even as non-politically correct as it is. I suspect he heard it from his father.) Anyway, it felt positively like AZ. The meteorologist on the radio excitedly reported that the temperature had just topped 100 degrees in Denver. Yipee! Tomorrow may reach 103.

Comfort Food
Despite the heat, when I asked Bill what he wanted for dinner so that I could purchase it while we were at the grocery store, he gave it some thought. “Hot roast beef sandwich,” he said, despite the fact that it was 100 degrees outside. Considering that at that point it was 3 o’clock in the afternoon — far too late for me to braise a pot roast — I said, let’s find a place that serves hot roast beef sandwiches and eat out. Let them do the braising. New York Deli News. As it turns out, neither of us had the hot beef. He had his favorite — roast turkey dinner…..

, and I had cabbage rolls……

Yellow Bug Forever
Every once in a while, I get to thinking that maybe I should get a new car. Despite the fact that my Volkswagen Beetle is a 2003, it only has 92,000 miles. But it gets dreadful gas mileage and because it’s a turbo engine, it requires high-grade fuel. So it isn’t particularly cost-efficient. Still, I really only drive it around town. However, the other day, I mentioned to Kaiya that I sometimes think I should get a new car. “No way, Nana,” she said emphatically. “Your grandkids don’t want you to get a different car. We love your car.” She went on to tell me that whenever her 4-year-old brother Cole sees a yellow bug, he always says, “Look, there’s Nana!” 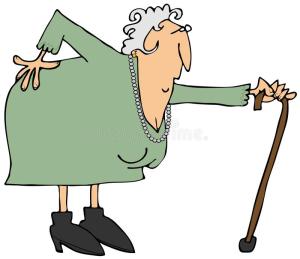 This past Sunday, I was putting together a box to pack yet more books to transport to Goodwill. I was simply bending over, taping the box, when my 64-year-old back said, NOPE. I felt the twinge, but it didn’t seem like a big deal then. However, as the day went by, my lower back began to hurt worse and worse. And I have been suffering since then. It is now Thursday, and my back still hurts. I consider going to the doctor, but I don’t think there is really anything they can do. I’m going to give it a few more days, and if I’m no better, I will bite the bullet. I see physical therapy in my future. And I hear my sister Bec’s voice saying, “Strengthen your core, strengthen your core, strengthen your core.” Drat. I hate when she’s right.