The gospels tell us about the birth of Jesus, and St. Luke tells us that 40 days after his birth, Mary and Joseph presented him at the temple, as required by law. The story then goes dark until he was about 12 years old, at which time Luke explains that during a festival attended by Joseph, Mary, and Jesus, he wandered away from his parents and was later found by a terrified Mary as he was preaching to some elders. Did you not know this is where you would find me? he asks his mother. I’m pretty sure her reply was something along the lines of if we knew where to find you, that is the first place we would have looked and I wouldn’t have been freaking out for the last three hours young man!

The story again goes dark until Jesus is 30-something, and the real story begins.

I, of course, being the inquisitive sort, would simply love to know what happened during the periods of time about which the gospels are silent. What kind of life did Jesus have with his parents? Did he hang out with neighborhood kids and play whatever passed for baseball in Israel circa 0013? Did he keep his room tidy? Did he like his mother’s cooking? What was his favorite food?

Yesterday, the Catholic Church celebrated the Feast of St. John the Baptist. As you will recall, John was the cousin of Jesus, being the offspring of Mary’s Aunt Elizabeth. Though, as I noted above, the gospels are silent, I would assume that Jesus and John were BFFs. My son Court was my only child, and as such, he was BFFs with his cousin Benjamin Joseph. More than friends, actually; more like brothers, for all intents and purposes. When our entire extended family got together, those two boys were off on their own. It was almost like they had a secret language. From the time they were little, they were each other’s confidants. To this day, I’m certain BJ knows things about Court that I will never (and probably don’t want to) know…… 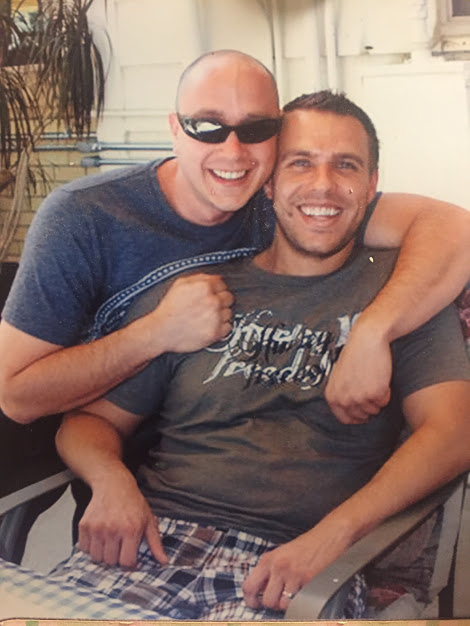 In my imagination, that’s how I envision the relationship between Jesus and his cousin John. Both were only children, or at least arguably so. Jesus had what can only be described as a heavy burden that he carried. Even if he didn’t understand fully what his future looked like, he had to feel different from his friends. There’s no way you can convince me that Jesus and John didn’t sit under an olive tree where Jesus told John that he was afraid of what would happen when he was a grown up. John likely said, I’ll be there for you Cuz!

Cousin John became John the Baptist, and he definitely was there for Jesus. He prepared the Way of the Lord. I am not the Savior, John said over and over again. I am not even worthy enough to fasten his sandals. My cousin Jesus is the Savior. Thus is the life of a prophet.

When we think of prophets, we think of people who can predict the future. But in biblical terms, prophets didn’t actually predict the future. Neither Isaiah nor Jeremiah nor Elijah nor John the Baptist forecasted the weather or suggested in what commodities the Jewish people should invest.  Their jobs were to point to God. Plain and simple. God loves you. God will send you a savior. Trust in God and trust in his son.

Isaiah said The Lord called me from birth, from my mother’s womb he gave me my name. He made of me a sharp-edged sword and concealed me in the shadow of his arm. He made me a polished arrow, in his quiver he hid me. You are my servant, he said to me, through whom I show my glory.(Isaiah, 49: 1-3)

Just like Isaiah, God knew each of us even in our mothers’ wombs. He knew our names. He gave us strength. He simply asks that we tell others – through words and actions – about his glory.

And that we take care of one another — like BJ and Court and like Jesus and John.

One thought on “Point the Way”