The other day, I decided I had put off my craving for poke (pronounced po-kay) long enough, since I was dying for one of those sushi bowls. I texted my daughter-in-law Alyx and asked if she and 4-year-old Cole would like to join me for poke. A few minutes later, she responded, “Cole said yes!”

We met a short time later. Though I know Cole is a good eater, I expected that Alyx would order him a bowl of rice, or maybe bring something from home. To my surprise, she ordered the kids’-sized poke bowl with tuna and crab salad. It might have been my surprise, but it was his delight….

Yes, that is raw tuna, crab salad, and edamame that he is enjoying very much, thank you. 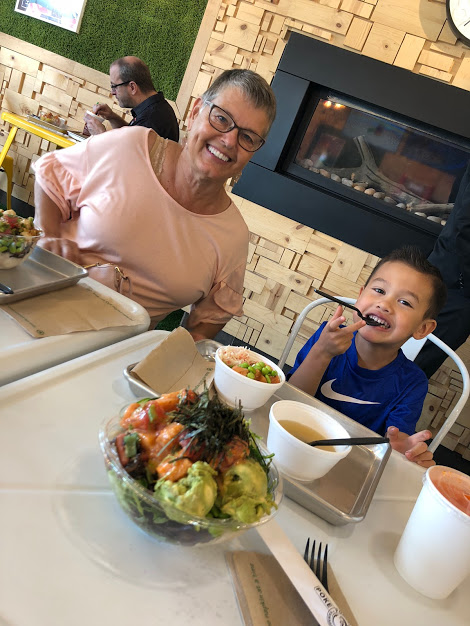 Nana enjoyed it too!

Afterwards, when his mom went home, Cole and I took a side trip to a park, where he could hardly contain himself. Who could, when you are presented with a rock that is perfect spot to jump….. 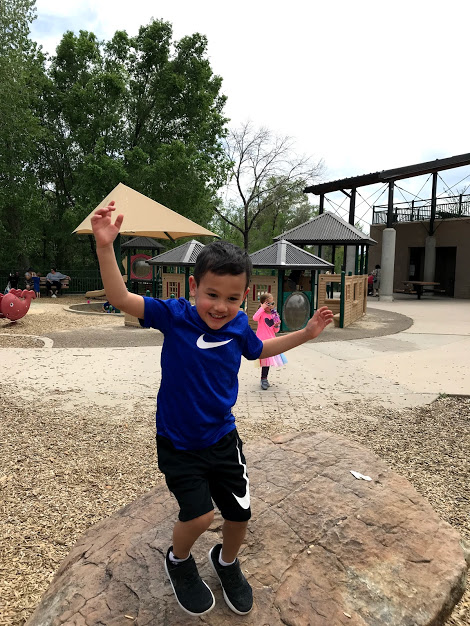 Before we left, I took him to the climbing wall where he posed for a photo….. 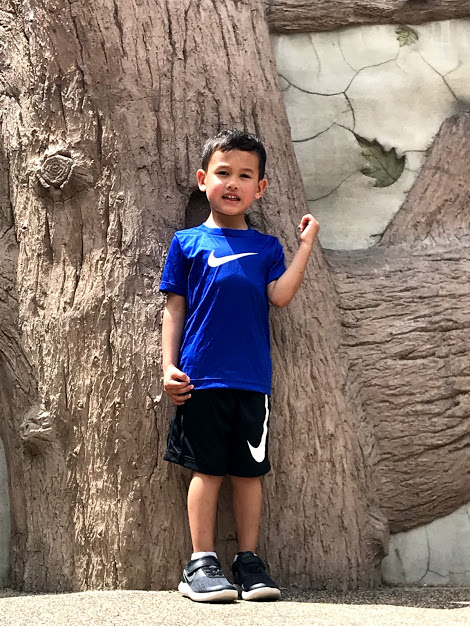 …..in the same spot where his sisters had posed a few years ago…..

It’s supposed to be a bit cooler this weekend with a chance of rain, so Cole and I were happy to have a bit of time to enjoy the outdoors when we could. The perfect ending to a lunch of raw fish.