Let me start out by saying that we are back in our own home, empty of furniture as it might still be right this minute. Joe finished putting on the polyurethane on Saturday, and gave us permission to walk on the floors yesterday. He said we can begin returning furniture to the rooms today.

I will admit that this whole process (and frankly I’m talking about the process that began in the middle of May when Bill first began taking down the 1970s wood paneling in the family room and ended when Joe shut the front door and put our key under the flowerpot) has not brought out the best in me. I repeatedly had to remind myself that I was being inconvenienced BECAUSE I WAS HAVING WOOD FLOORING INSTALLED IN MY HOME. There are people in Texas, Florida, and Puerto Rico who don’t have homes.

Most of the summer Bill listened to me worry that he was working too hard. And that makes me sound kind, which isn’t exactly true. I’m shying away from substituting the more appropriate word nag for worry. And then about the time I begged him to stop working, I began griping about how long everything was taking. Happily, I neither drove him to drink nor have needed to hire a divorce attorney.

The past week-and-a-half, during which we have wandered around Colorado as the finishing touches were completed have been almost surrealistic. While the hotel in which we finally landed and spent the majority of our time was a mere 10 minute drive from our house, it felt as though we were in a different country. We would drive over to our house in the morning to check out the work from the night before; other than that, we pretty much spent our time in the relatively small hotel room. We weren’t quite sure how long we were going to be there. By Sunday night, we had lost our will to eat another meal in a restaurant and had Dairy Queen for dinner. So there. My body was yearning for a home-cooked meal.

But this week is Fall Break for all of my Colorado grandkids. The McLains are at a dude ranch for a few days with their Aunt Julie (because you will recall that their parents are traveling in India). I spent yesterday with Kaiya, Mylee, and Cole, and we had ourselves a rip-roaring time.

We started out at Noodles for mac and cheese. Or Noodles & Company, as Mylee always corrects me. Once we left the restaurant (likely to cheering once the door was closed, at least by the woman who sat in the booth next to us and had to listen to Cole yell, “Abracadabra, Nana is asleep” and “Abracadabra, Nana is awake,” about a million times), we headed to Monkee Bizness, a children’s indoor playground. Lots of running around and going down slides….. 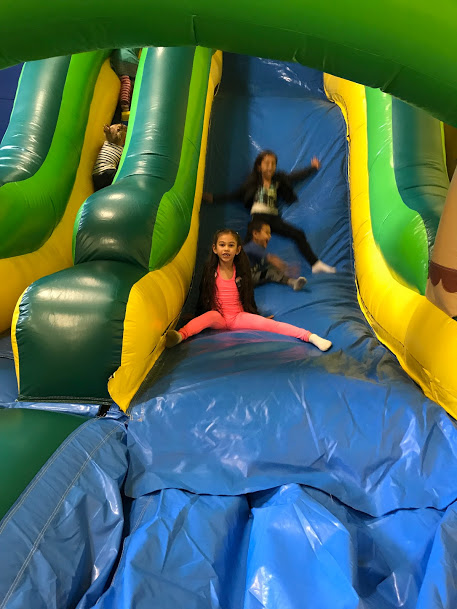 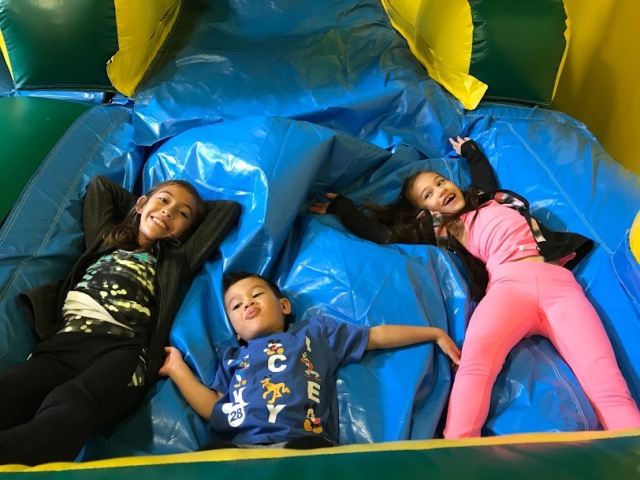 But you can only slide so many times, so our play date took us next to Wildlife Experience, a sort of indoor zoo/museum operated by the University of Colorado. And, my friends, that was the hit of the day…. 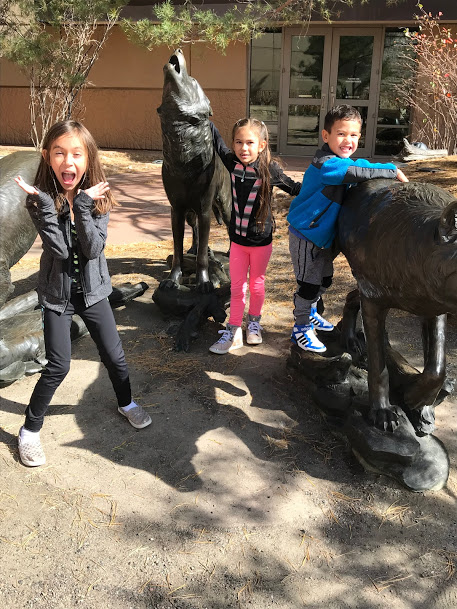 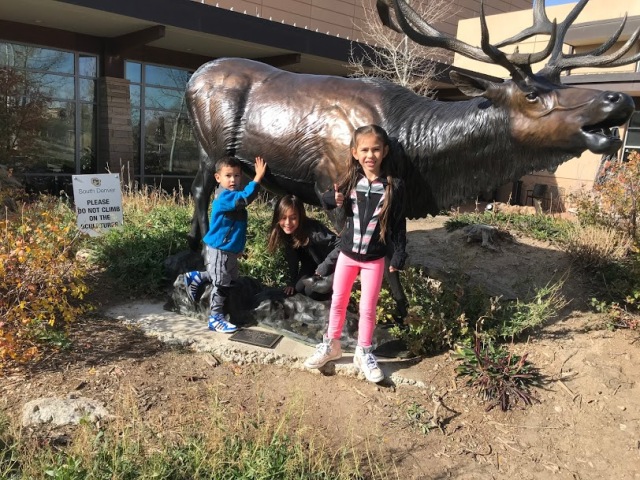 At the end of our wanderings, they have an exhibit called Storyland. There are a variety of play stations based on famous children’s books. Cole let out a squeal when he saw Chicka Chicka Boom Boom, which is clearly his favorite book, and one I’d never heard of.

In addition to learning Cole’s favorite book, I also learned that Mylee wants to be a police officer when she grows up, and demonstrated that fact by putting on this cap (which is actually a pilot’s cap, but I certainly didn’t spill those beans)….. 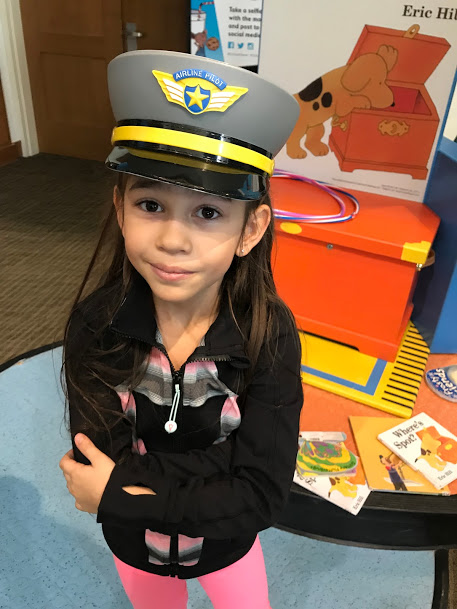 The Storyland exhibit was the favorite of the day. And the day was the best one I’ve had in a long time….. 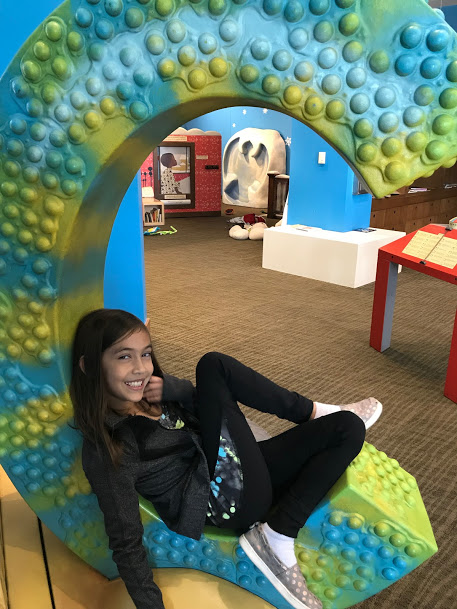 Can you blame me?

2 thoughts on “Happy to Be Home”