Bill and I have nine grandchildren. Seven of them live near us in Denver, so we see one or more of them nearly every day. Two, however, live far away in Vermont. Though FaceTime brings us closer than we would be without technology, we still feel far away, especially on birthdays.

Our two Vermont boys couldn’t be more different in many ways, but you don’t have to be around them long to recognize they are brothers. It’s the love and the loyalty they feel for one another.

Joseph is 8, but is as smart as a kid twice his age. He told me the other night that he is now interested in Greek mythology. Good, I told him. You can teach me about it. But he went on to explain that he is actually interested in two things – Greek gods and Pokémon. Whew, I thought. Underneath all of that incredible intelligence, he is just a kid. He’s the kid who would get tears in his eyes if I told him I didn’t feel good.

Now Micah, well, he’s a spark plug. Plain and simple. He has a smile on his face all of the time, and is always on the go. He loves music – all kinds of music. He doesn’t hold still until he finds something that grabs his attention, and then he will be attentive. He’s always ready for a bike ride or a run with their dog Merlin.

And Micah had a birthday this week. He turned 5….

Our Vermont boys make me smile. 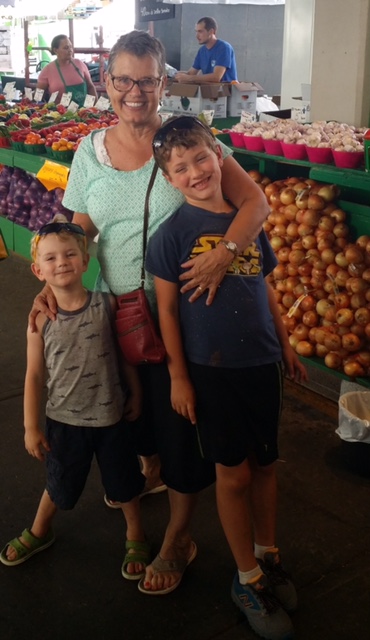