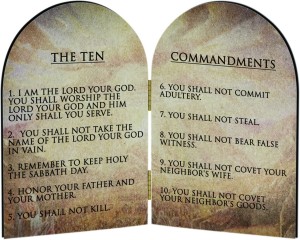 Bill and I went to Lowe’s yesterday afternoon to buy some wood so that Bill can put up chair rails in the bedroom that we are tackling next, remodeling-wise. After much discussion, we selected our pattern and took the six pieces of wood rail up to the cashier. She used her little scanning gun and binked it four times, then moved on to the next item. Bill stopped her and politely told her that there were six pieces of wood rather than four. As you would imagine, she was grateful for his honesty.

Now, I don’t know if this was part of Mom’s and Dad’s always stay humble and kind philosophy that I discussed in a recent blog post, but I am scrupulously honest. So is Bill.

We were recently at a restaurant and when I got the bill, I uncharacteristically studied it. I say uncharacteristically because I never, ever glance at a bill. I wonder how many times I have been overcharged or undercharged and never knew it. Anyhoo, as I looked at this bill, it appeared that we had only been charged for one Diet Coke rather than the correct two. The server noticed me looking at my bill and came over to see if there was a problem.

“Well, I think so,” I said. “It looks like you only charged us for one drink and we got two.”

She looked at the bill and pointed out to me that the bill said something like beverage X 2. Well, duh. Being so durn smart and all, you would think I could have figgered it out.

“It would have been in your favor, you know,” she said, rather snippily I thought.

Does that matter, I wondered. Because in my mind, it doesn’t.

I promise you that I’m not in danger of throwing my shoulder out of joint because I’m so busy patting myself on the back for my honesty. To me, it’s just common sense. Like I used to say to Jen when we were little and bickering (which was often, always her fault): I don’t care if you think you’re right because Mom knows and God knows. Boom. Mom, right up there in the all-knowing category with God.

So, recognizing that God sees all things and Thou shall not steal is one of the big 10 (not to be confused with the Big 10 Conference, of which the University of Nebraska is one), why take any chance on committing a sin, even if it is only venial? But a large part of it, I think, is that Mom and Dad owned a business, and likely got ripped off plenty in their day. We learned how that impacts a business owner. That’s why the day that I bought groceries at Safeway and was all the way out to my car before I realized that I hadn’t paid for a gallon of orange juice that was on the bottom of my cart, I went back and stood in line to pay for it. The cashier looked at me like I was nuts, I can tell you.

Bill and I have a restaurant that we enjoy going to when we are willing to spend a bit more for a nice meal. They have a program whereby when you register, you get two things: $10 off your meal on your wedding anniversary and a percentage off of your meal equivalent to your age on your birthday. Yes, ladies and gentlemen, I got a full 62 percent off of my meal last December. Suuuuweeet! Can’t wait until I’m 100! I hope I still have teeth.

I got the gift certificate via email a week before our recent anniversary. We used it that week, getting the ten bucks off of our meal. And then two weeks later, I received a second email, identical to the first, but with a new expiration date. I was puzzled, but reluctant to look a gift horse in the mouth.

But I fretted. The whole way to the restaurant Bill and I discussed whether or not it was right that I was using this coupon when I had already gotten ten bucks off an anniversary meal. I didn’t sign up twice, I thought. Maybe they allow one for each of the two people celebrating the anniversary, I rationalized. It’s not my fault if they have computer issues, I justified.

But at the end of the day, we couldn’t do it. I don’t know why they sent me a second coupon. But it doesn’t matter.

Because Mom knows and God knows.