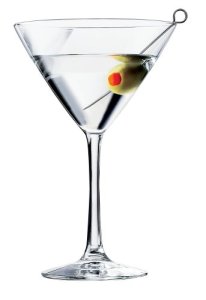 I spent yesterday fasting. Not for religious reasons, I’m afraid. Nor am I doing a cleansing or starting an unpleasant sort of diet to lose weight.

I fasted because of a medical procedure being done today. While the procedure is nothing serious, it requires that there not be one single solitary thing in my digestive system. And there really is only one way to make that happen, and that’s all I’ll say about that.

Not eating isn’t anything new to me, what with my stomach issues and all. Every time I go into the hospital, I start a regiment of no food or liquid by mouth. In fact, when I was in the hospital for that whole month in February of 2011, for most of the time I was NPO, which stands for nil per os, Latin for damn, I’m hungry.

When fasting in the hospital, they give me all of my necessary nutrients via the IV, of course. That time, however, because of the extended length of time, they had to start giving me all sorts of unexpected things. The oddest was what they referred to as lipids, but what looked to this nonmedical civilian as bacon fat, pure and simple. And frankly, it might have been.  Apparently humans can’t be healthy without some fat.

The thing is, when I’m in the hospital, not eating doesn’t really bother me that much. I think that’s true for a couple of reasons, the primary being that I’m on so much pain medication that really nothing bothers me too much. They could bring in a Weber and begin grilling steaks in front of me and I would be nodding off. The other thing is that when I’m in the hospital, it’s because I simply don’t feel well, and so eating is not top of mind. During the aforementioned month in the hospital, Bill would come in (with my permission) with entire pizza pies that he would eat in front of me. The nurses used to give him a hard time, but the reality is that I wasn’t one bit hungry, though it had been weeks since I’d had a bite to eat.

Having said that, I will tell you that seeings as I feel perfectly fine, thank you very much, I was hungry yesterday. And you know how when you’re on a diet, you crave anything that has calories? When I’m on a diet, a carrot stick is wholly uninteresting, but I would eat a cardboard box if I knew it was full of calories and bad for me. Well, yesterday I couldn’t think about anything but food. That was it. Food. And this is a true story. Around 11 o’clock in the morning, I was trying to change out some cushions on our outdoor furniture, and I kept thinking about how weak I felt. I didn’t think I would have the strength to complete the job. I wasn’t sure I had the will to live. Please understand that I never even eat lunch before noon, and on a good day I might have a piece of peanut butter on toast for breakfast. Apparently that tablespoon of peanut butter on a single piece of toast gives me the strength of Hercules.

Talk about my mind playing games with me. Oy vey.

At any rate, my diet yesterday consisted of a glass or two of water every hour so that I would not pass out from dehydration, a couple of cups of chicken bouillon, and four or five little containers of jello. I will confess to you all that for my purposes yesterday, I considered my one gin-and-tonic at 5:30 to be a clear liquid. It’s liquid. It’s clear. I went without the lime. I wasn’t on any pain medication. Boom. Don’t tell my doctor.

With any luck, next time I see the doctor, he will have a better idea of how to keep me out of the hospital by looking at my test results, and my fast will have had a purpose.