Sweethearts Day
Nana’s Whimsies wants to take this opportunity to wish everybody a wonderful Valentine’s Day. This is the extent that I went to with my celebrating, thanks to the handiwork of my sister-in-law Sami….. 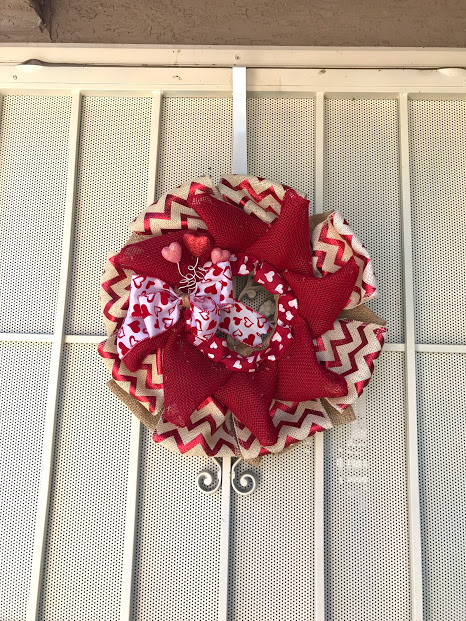 Having a Good Time
If you are a faithful reader, you know that I have been struggling with pain behind my knee since December. You know because I have been whining nonstop about it. I have had numerous doctors’ visits. One doctor told me it was a Baker’s cyst; another said a meniscus tear; still another said it was neither of those, but didn’t really offer any alternative diagnoses and suggested using ibuprofen faithfully for a week. I went back earlier this week, because the knee still hurts. So they are sending me for a diagnostic MRI which will answer the looming question: What the hell is the matter with my knee? I am scheduled on Tuesday around noon. Say a prayer for me. In my own inimitable style, I am expecting the worst!

The Coyote’s After You
Every morning about the same time, a roadrunner runs past the two windows on the fence down the side of our house. It then makes a right turn, and runs down fence in the back of our yard. He rarely misses a morning. The bird always makes me laugh. My not-so-stellar photographic proof….. 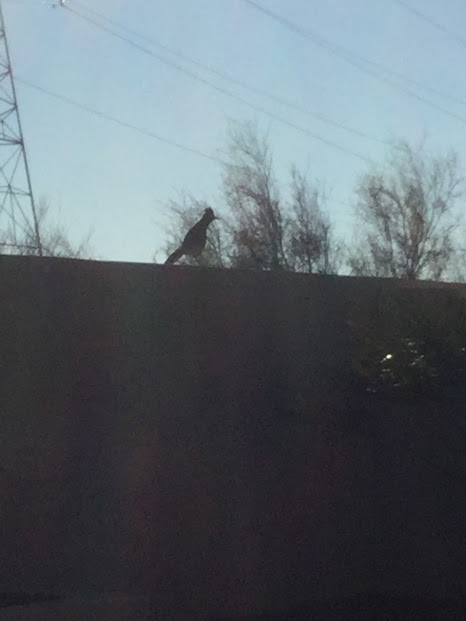 I was telling my brother the story about my roadrunner’s visit, and he told me about a friend of his who grew up elsewhere but moved to this area a while back. Apparently he was somewhere with someone, and that someone said, “Look! There’s a roadrunner behind you.” The man turned around to see the roadrunner. He admitted to my brother that he full-out expected to see a six-foot purple bird instead of the two-foot bird that stood there. Because CARTOON! Perhaps he was also looking for Wile E. Coyote…..

Oh, So Cute
Facebook users know that many mornings when you open up your Facebook page, you are greeted with a photo from one year ago that very day, or two years ago, or three or four or five. The other day I was greeted with a photo of Kaiya and Mylee from seven years ago at my house playing with (shock) Play Doh. My shock was seeing how little they were….. 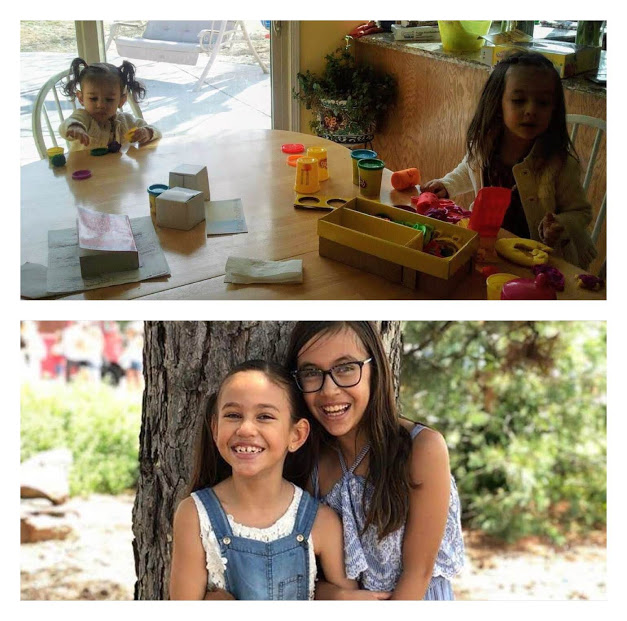 Kiss and hug on your kids and grandkids when they’re young, because they grow up before you know it!

Du, Du Liegst Mir im Herzen
Bill and I invited Bec to dine with us at the German restaurant, and she was happy to join us. We had delicious food, as usual (Bec and Bill each had Jager Schniztel while I went with bratwurst). And, as usual, the accordian player provided background music. It never fails to make us nostalgic, recalling both Gramps and Dad playing the accordion when they would wake up from their afternoon naps. Du, du liegst mir im herzen, indeed.